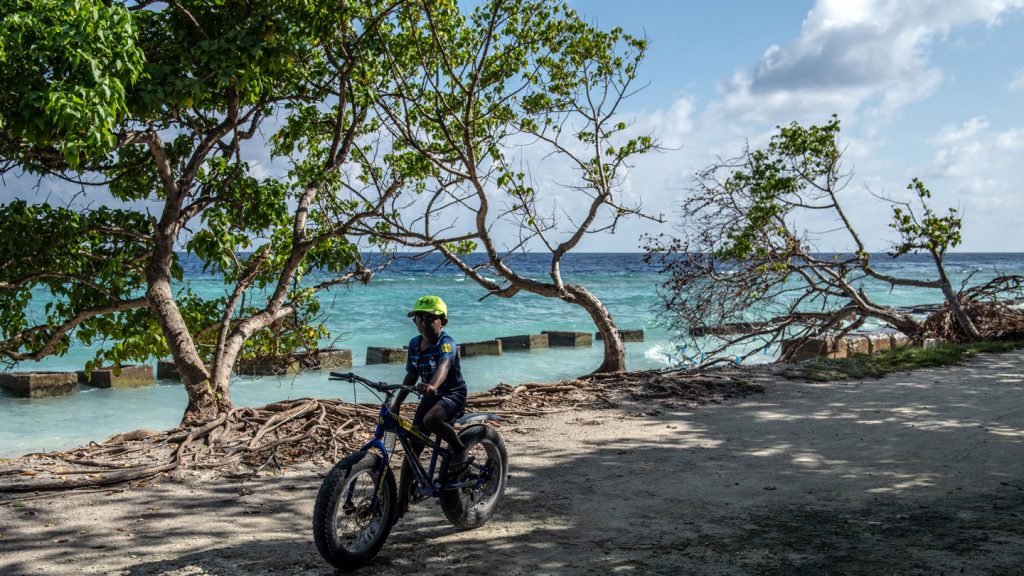 Neither adaptation by humankind nor mitigation alone is enough to reduce the risk from climate impacts, hundreds of the world’s scientists say. Nothing less than a concerted, global effort to both drastically curb carbon emissions and proactively adapt to climate change can stave off the most disastrous consequences, according to the latest report from the United Nations’ International Panel on Climate Change, or IPCC.

That dire warning comes as the effects of climate change on people and nature are playing out across the globe in a more widespread and severe manner than previously anticipated. And the most vulnerable communities — often low-income or Indigenous — are being hit the hardest, the report says.

“It’s the strongest rebuttal that we’ve seen yet of this idea that we can just adapt our way out of climate change and we don’t have to mitigate emissions,” says Anne Christianson, the director of international climate policy at the Center for American Progress in Washington, D.C., who was not involved in the report.

Headlines and summaries of the latest Science News articles, delivered to your inbox

Thank you for signing up!

There was a problem signing you up.

A consortium of 270 scientists from 67 countries synthesized the report after reviewing over 34,000 studies. Released February 28 as part of the IPCC’s sixth assessment of climate science, the report details how the impacts of climate change are playing out today in different regions, and assessed the capacities of communities and regions to adapt.

Many countries understand the need for climate adaptation. And modern solutions, such as the building of urban gardens or adoption of agroforestry, where implemented, appear to show promise. But, the report finds, efforts to adapt are, by and large, reactionary, small and drastically underfunded. As a result, about 3.3 billion to 3.6 billion people remain highly vulnerable to climate risks such as extreme weather events, sea level rise and food and water shortages. The need for adaptation is greatest — and growing larger — in low-income regions, most notably in parts of Africa, South Asia, small island states and Central and South America.

The report also underscores the importance of involving those who are impacted the most in climate plans. “We can no longer just make these decisions at the highest level; we need to include local stakeholders, Indigenous groups, local communities and those who are most as at risk for climate change, such as women, racial minorities, the elderly and children,” Christianson says.

Last August, a previous report, also part of the IPCC’s sixth assessment, covered the physical science underpinning climate change (SN: 8/9/21). In that report, scientists stated loud and clear that there was no time to waste. By 2030, carbon emissions need to be cut in half, compared with 2017 levels, to prevent global temperatures from climbing 1.5° Celsius above the preindustrial baseline, the report found. Beyond that baseline, the capacity for humankind and nature to adapt severely deteriorates. In a bit of good news, the authors of that 2021 report also found that if all carbon emissions were to cease today, global temperatures would stop rising in about three years, not the 30 to 40 years once thought. In other words, we can make a big difference in very little time.

Still, climate change is already affecting many parts of Earth. And some of the consequences aren’t going away anytime soon. Sea level will continue to rise for decades, driven in part by the runaway melting of Greenland’s ice sheet (SN: 9/30/20). By 2050, sea level along U.S. coastlines will have risen by 25 to 30 centimeters, or roughly one foot, the National Oceanic and Atmospheric Administration estimates. 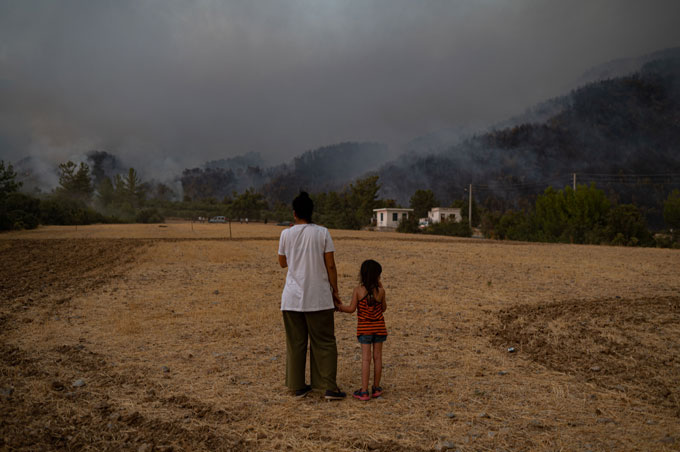 The latest IPCC report reveals that the effects of climate change, which include an increased frequency of wildfires (such as these in Turkey), are more widespread and severe than had been expected.YASIN AKGUL/AFP via Getty Images

Extreme weather events and climate-fueled wildfires have already caused mass mortalities of corals and other animals and trees, and pushed entire species toward the brink of extinction (SN: 3/9/21). What’s more, climate change is forcing many people to relocate, as well as detrimentally affecting mental health and spreading disease as vectors such as mosquitoes shift to new habitats (SN: 5/12/20; SN: 10/7/19).

Adaptation is especially needed in cities, which are growing and expected to contain two-thirds of the world’s population by 2050, including climate refugees from elsewhere, the new report finds. Urban communities are becoming increasingly vulnerable to extreme heat waves, urban heat island effects, floods and storm surges (SN: 9/18/21).

Outside of cities, the breakdown of ecosystems and loss of biodiversity severely impacts the people who rely on natural systems for their livelihoods, the report emphasizes. Farmers in the global south are finding it increasingly challenging to grow crops as a result of droughts, heat waves, floods and sea-level rise (SN: 9/24/21). People who make their living fishing are being forced to travel greater distances to pursue species that are altering their natural ranges as ocean temperatures warm.

Key to adapting to these impacts is the restoration and preservation of natural ecosystems, the report states. Conserving 30 to 50 percent of the planet’s land, ocean and freshwater ecosystems will help support biodiversity and enhance climate resilience (SN: 4/22/20). Preserving mangrove forests, for instance, along less developed coastlines sequesters large amounts of carbon and protects against storm surges (SN:5/7/21, SN: 6/4/20).

“The truth is that nature can be our savior,” said Inger Andersen, executive director of the U.N. Environment Programme, at a February 28 news conference announcing the report’s release. “But only if we save it first.”

Still, the natural world and many of the “services” it provides to humankind, such as carbon storage and flood control, begin to break down more rapidly at about 1.5° C above preindustrial temperatures, the report notes. And the window to prevent that from happening is closing. “We are on a trajectory to losing many of these systems and the services they provide” says Borja Reguero, a coastal science researcher at the University of California, Santa Cruz who reviewed the report.

What that means is there is no time to waste. “We simultaneously need to reduce our greenhouse gas emissions, adapt to reduce the risks of climate change and also address losses and damages that are already being experienced,” Adelle Thomas, a climate scientist at the University of the Bahamas in Nassau, said at a February 27 news briefing. Thomas is the lead author of the new report’s chapter on key risks across sectors and regions.

“And we have a very limited amount of time left to do this,” she stressed.