Can a tech billionaire squash Australia’s coal industry by buying it?

Frustrated with the Australian government’s inaction on climate change, software king Mike Cannon-Brookes is trying to buy several big coal plants so he can shut them down in favour of renewables 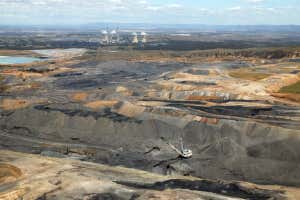 Mike Cannon-Brookes, the third-richest person in Australia, has launched an audacious bid to buy the country’s biggest electricity company – and shut its coal-fired power plants. It is a bold approach to decarbonisation, but can he pull it off?

Australia currently produces the highest carbon emissions per capita in the world from burning coal for power generation. The country’s government is highly attached to fossil fuels. Not long before becoming the current prime minister, Scott Morrison brought a lump of coal to parliament and announced: “This is coal. Don’t be afraid, don’t be scared, it won’t hurt you.”

Cannon-Brookes, co-founder of software giant Atlassian, has been a vocal critic of the government’s climate inaction. Now, he is using his net worth of A$20 billion to try to take matters into his own hands.

On 19 February, he made an A$8 billion bid in partnership with Canadian asset management firm Brookfield to buy electricity company AGL, which owns three of Australia’s 16 coal plants. If successful, they will spend another A$20 billion replacing these coal plants with renewable assets like solar, wind and battery infrastructure by 2030.

AGL knocked back the bid, saying it was too low. But Cannon-Brookes told Australian broadcaster ABC on 21 February that negotiations are ongoing.

If the takeover goes ahead, it will mark the beginning of the largest decarbonisation project in the world. AGL is currently Australia’s biggest single greenhouse gas emitter and produces more emissions each year than Sweden’s annual total.

But is a software maker up to the task of running an electricity company? Tim Buckley at Climate Energy Finance, an advisory firm in Sydney, believes that Cannon-Brookes’s tech background could actually come in handy, since smart software is increasingly being used to deliver renewable energy more efficiently.

“Mike Cannon-Brookes is the smartest billionaire in Australia and Brookfield is one of the most successful investors in renewable energy in the world, so it’s perfect synergy,” he says.

Cannon-Brookes already has some experience in renewable energy. In 2019, he teamed up with Australia’s second richest person – mining mogul Andrew Forrest – to fund a project called Sun Cable that will deliver electricity from a giant solar farm in northern Australia to Singapore through a submarine cable.

In 2017, he also convinced Elon Musk to build a giant battery for storing wind energy in South Australia after making a bet with him on Twitter.

Without these mega-rich individuals stepping in, Australia would continue to drag its feet on transitioning to clean energy, says Marija Petkovic at Energy Synapse, an advisory firm in Sydney. “It’s a real shame that we’ve had to rely on billionaires to come in and fill the leadership gap left by the Australian government,” she says.

In response to Cannon-Brookes’s AGL bid, Morrison told media that coal plants should operate for as long as possible so that electricity prices don’t rise. “Our government is very committed to ensure we sweat those assets for their life,” he said.

However, Cannon-Brookes told ABC that electricity prices would actually fall under his plan because renewable energy has become cheaper than coal power.

If his AGL grab comes off, it may inspire similar takeovers of coal plants in other parts of the world. The Asian Development Bank, for example, recently announced a plan to buy and shut five to seven coal plants in South-East Asia and replace them with renewable energy.

“The economics stacks up, the science stacks up, what we require is just the gumption to go for it and actually make it happen,” Cannon-Brookes told ABC.

Sign up to our free Fix the Planet newsletter to get a dose of climate optimism delivered straight to your inbox, every Thursday