As more money pours into cryptocurrency crimes and scams, government agencies are increasingly cracking down, as the launch of dedicated Department of Justice and FBI enforcement teams demonstrates 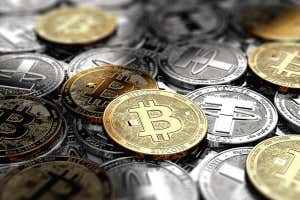 Bitcoin is just one of many cryptocurrencies

Cryptocurrencies such as bitcoin have continued to rise in profile, including as a method to pay for goods and services in the mooted next generation of the internet, Web3. But as more money pours into the so-far loosely regulated currencies, government scrutiny is also increasing.

On 17 February, the US Justice Department announced that it was launching a National Cryptocurrency Enforcement Team designed to monitor blockchains, the underlying technology behind cryptocurrencies, for any ill-gotten gains. It will work with various groups, including the FBI’s newly launched Virtual Asset Exploitation Unit, which also focuses on cryptocurrency.

“With the rapid innovation of digital assets and distributed ledger technologies, we have seen a rise in their illicit use by criminals who exploit them to fuel cyberattacks and ransomware and extortion schemes; traffic in narcotics, hacking tools and illicit contraband online; commit thefts and scams; and launder the proceeds of their crimes,” said Kenneth Polite Jr at the US Justice Department in a statement.

The news comes weeks after the Justice Department charged a couple with laundering bitcoins worth $4.5 billion – and just after the UK tax authority, HMRC, announced its first seizure of non-fungible tokens (NFTs), digital assets that are paid for with cryptocurrencies. In January, a New Scientist investigation revealed that UK police forces have seized £300 million in bitcoin in the past five years.

Taken together, it seems to add up to a cryptocurrency crackdown. “This is excellent news for anyone who has been watching the space for a long time, and is long overdue,” says Andres Guadamuz at the University of Sussex, UK. “There’s always been fraud in crypto indeed, but I think that there is growing concern about the scale of some of the frauds.”

While there are many legitimate uses for the technology, cryptocurrencies are also used for money laundering. A recent analysis of 29 unregulated cryptocurrency exchanges, where people can trade the currencies, found that up to 70 per cent of cryptocurrency trades were “wash trading” – where an investor sells and buys the same asset to create artificial interest in an investment, often distorting the price. That research studied exchanges up to 2019. A more recent analysis, conducted by blockchain data platform Chainalysis, estimates that at least $25 billion of cryptocurrency held on exchanges is from illicit sources. That compares with estimates of money laundered every year worldwide of between $800 billion and $2 trillion.

“The FBI, along with many other law enforcement agencies, have made no bones about the fact that they see cryptocurrency – and bitcoin in particular – as the favoured means of monetising crimes, especially the ever-increasing scourge of ransomware,” says Alan Woodward at the University of Surrey, UK.

At the same time, cryptocurrencies have broken out from being an online niche to something seen as a more mainstream investment. Large cryptocurrency exchanges ran adverts featuring Hollywood stars during the Super Bowl on 13 February, one of the world’s most-watched sporting events, which was viewed by 112 million people.

While cryptocurrency exchanges are legitimate businesses, the increased prominence of the technology makes it easier for people to fall victim to illegitimate scams. “Cryptocurrency scams and other crimes are impacting more and more people in a plethora of different ways,” says Matthew Shillito at the University of Liverpool, UK. In May 2021, the US Federal Trade Commission (FTC) said it saw a 12-fold increase in numbers, and 1000 per cent rise in value, of reported cryptocurrency scams, compared with a year before. The volume of scams rose significantly throughout 2020 and 2021, the FTC said.

In a sense, the creation of the NCET is an acknowledgement that cryptocurrencies are set to play an increasingly important role in the US economy, and therefore must be policed as such. “The instability and fraud have been tolerated until now, but as more and more people sink their savings into crypto, the danger of collapse is more real,” says Guadamuz.