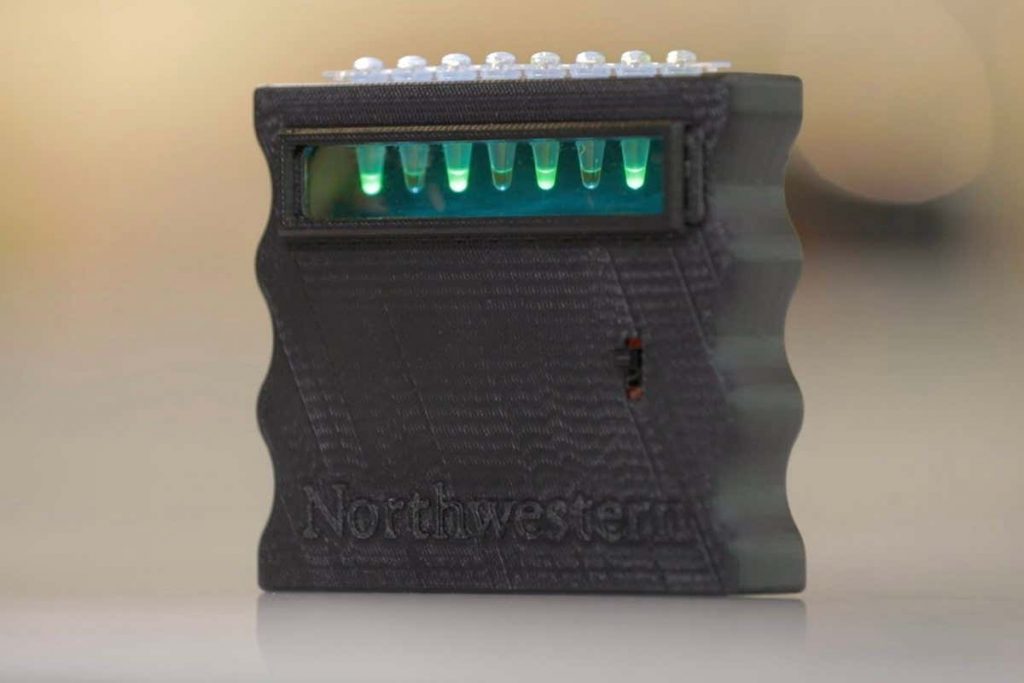 DNA computer could tell you if your drinking water is contaminated

A simple test for water pollution involving engineered strands of DNA can report levels of contamination, and this biological system can carry out logical operations like those done by computers 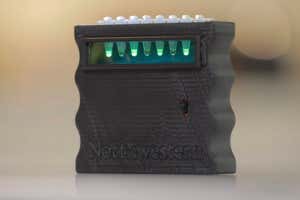 The DNA computer – although not set up for a formal analysis

Julius Lucks at Northwestern University in Illinois and his colleagues created a biosensor in 2020 that can detect contaminants in a single drop of water. It contains proteins that react to the presence of certain chemicals by producing fluorescent molecules. This easily spotted reaction acts as a warning that a water sample is polluted with these chemicals.

The reactions involved were inspired by mechanisms that evolved naturally within bacteria. Lucks says that scientists initially tried engineering the bacteria to carry out the tests, but that it was a challenge to keep them alive and stop them from spreading into the environment. This led to research into a cell-free, synthetic biological version, where the protein-based mechanisms are removed from the bacteria and used in isolation.

“In synthetic biology, we’re trying to repurpose those molecular machines that detect toxins and re-engineer them so they work how we want them to, maybe rewire them so they do different things,” says Lucks. “You don’t really want to be releasing an engineered microbe into the water that you’re trying to measure the quality of.”

Now, the team has created a more advanced version of the system that can not only warn of the presence of dangerous chemicals, but also report on the amounts present so that proportionate steps can be taken.

The system, dubbed ROSALIND 2.0, has eight small test tubes, each containing a biosensor with a different sensitivity to contaminants. If only one tube glows, then the water sample has just trace levels of contamination. But as more tubes glow, the water is shown to be increasingly more polluted.

Lucks says that the test works by using “decoy” strands of DNA. These are designed to bind strongly to a key intermediate product in the reaction with the contaminant, preventing the final fluorescent product from being produced.

Each tube has progressively larger quantities of this DNA. Because the final fluorescent step of the reaction only occurs after the decoy DNA is used up, this means a tube with a low amount of decoy DNA may fluoresce in the presence of the contaminant, but a tube with a high amount of this DNA may not. It is possible to measure the contaminant level simply by looking to see where along the row of eight tubes the fluorescent reaction stops.

Lucks and his team demonstrated that ROSALIND 2.0 could successfully detect zinc, an antibiotic and an industrial metabolite.

The cell-free tests can also be freeze-dried for easy storage and transport, and then activated when needed simply by dropping a water sample into each test tube.

Establishing the concentration of a contaminant helps to decide on the necessary remedial action. If you have tiny amounts of lead in your drinking water supply, for example, then you might only need to flush water pipes before use. But if you have high levels, you may need to immediately stop drinking the water.

“Everybody should have these things,” says Lucks. “You should know your water is safe to drink.”

Given that existing technology to assess water quality can be expensive, he hopes ROSALIND 2.0 can help with this. “We’re trying to make the most simple and robust thing you can imagine, so it’s hopefully foolproof,” he says.

Lucks and his team also demonstrated that the engineered DNA can be used to carry out logical operations, like those in computers. Not only can it be made to react to the presence of one material, as in ROSALIND 2.0, but they believe it can be made to react only when two specific chemicals are found, or when neither is found. This paves the way for far more sophisticated analysis to be built into equally robust and simple-to-use tests.