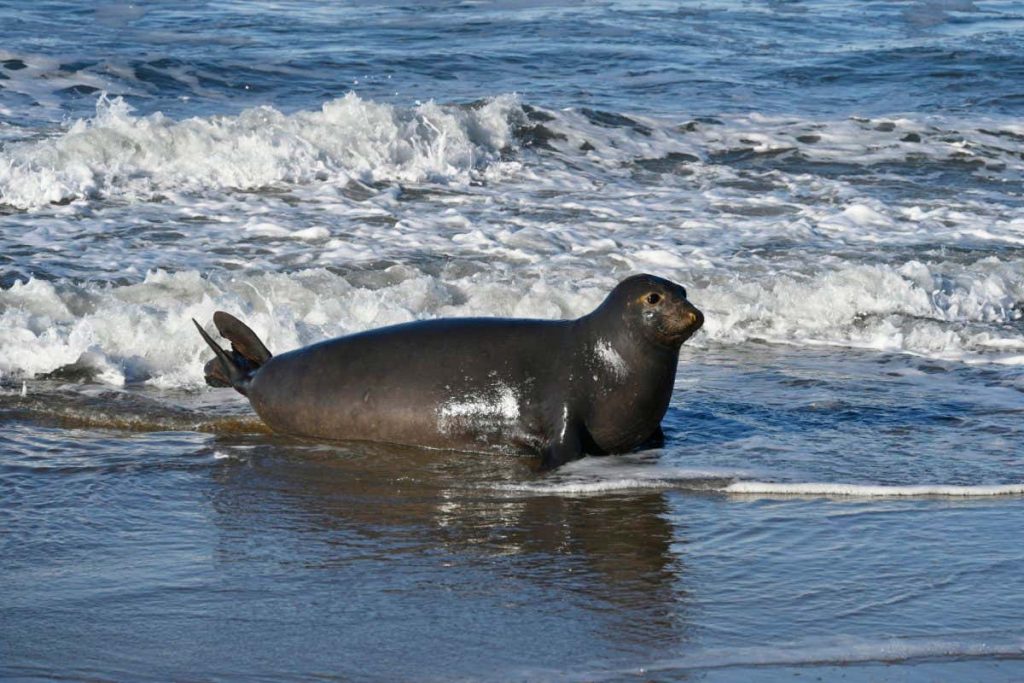 Northern elephant seals (Mirounga angustirostris) return to the beaches where they breed at the same time every year after migrating thousands of kilometres. Ecologists have now found that they seem to know when to begin their journeys based on how far away they are – displaying an impressive sense of geography.

Every year, between December and March, northern elephant seals breed on beaches along the west coast of Canada, the US and Mexico. Once pregnant, female elephant seals leave their breeding beaches and migrate into the north-east Pacific Ocean to search for food. They spend around 240 days at sea and travel roughly 10,000 kilometres before returning to their breeding beaches to give birth.

Between 2004 and 2015, Roxanne Beltran at the University of California, Santa Cruz, and her colleagues tagged and tracked 108 adult female elephant seals that bred on a beach at Año Nuevo State Park in California, collecting data for 126 complete journeys.

They found that the elephant seals would consistently return to their breeding beach to give birth within five days of arriving in January every year. Seals that were further from the beach would begin their migration earlier than those closer to the beach to give themselves time to complete the journey.

“It seems like elephant seals evolved these incredible navigation skills to figure out where they are and how long they have to get back,” says Beltran.

The timing of their journeys didn’t depend on how successful they were at foraging or their amount of body fat. It appears their navigation skills must be down to a strong mental compass, says Beltran, although we don’t yet know what cues they are using to navigate.

They aren’t the only animals to undertake long journeys and reach their destination right on schedule, says Rory Wilson at Swansea University, UK. “Certainly plenty of animals (notably birds) are pretty precise about their timings, especially with respect to breeding schedules,” he says. “I suppose the bigger question is the extent to which animals modulate their speed of travel according to the distance that they have to travel so that they get back at the time they ‘want’.”