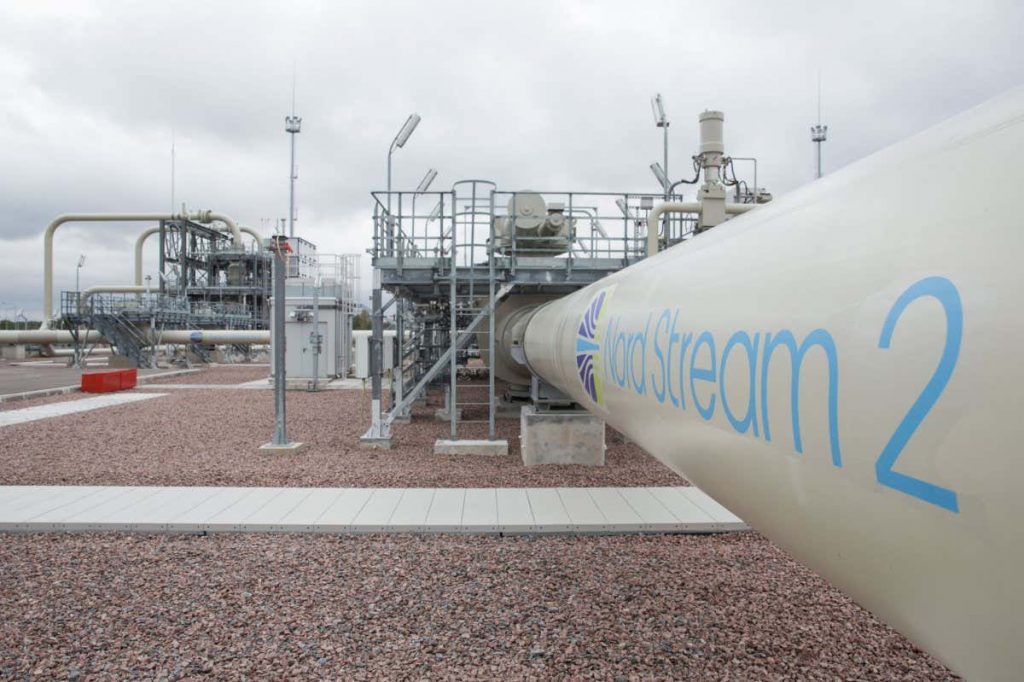 Europe rethinks its energy strategy after Russia’s attack on Ukraine

About 40 per cent of Europe’s gas comes from Russia, but the European Union is expected to release a new energy strategy to reduce its reliance on Russian imports

The European Union is expected to unveil a new energy strategy next week to reduce its dependence on Russian gas supplies, in the latest of a string of repercussions for the European energy landscape following Russia’s invasion of Ukraine.

Oil and gas prices have spiked in the wake of the war, with drivers in the UK paying a new high of £1.50 a litre for petrol after the price of oil passed $100 a barrel on 24 February.

Russia is the world’s second-largest oil and gas producer after the US, providing 17 per cent of gas output and 13 per cent of oil production globally in 2020. About 40 per cent of Europe’s gas comes from Russia. In the UK, the figure was about 4 per cent last year.

The invasion has already made Germany pause Nord Stream 2, a major new gas pipeline from Russia, and order a review of how the country secures its energy. Russian oil and gas has continued flowing from pipelines and tankers since the invasion began. But experts say European countries need to be prepared for the possibility of supplies being halted, despite the financial hit Russia would take.

“The biggest leverage [Russian president Vladimir] Putin has over Europe’s head is the ability to turn off the gas,” says Sony Kapoor at the European University Institute in Italy. Contingency planning is under way and energy demand could be reduced to mitigate the impact of such a drastic move, he adds. But Kapoor says Russia turning off supplies would still be “a complete disaster for the European economy”.

Löschel thinks it is politically unlikely that Germany will delay its nuclear power phase-out, planned for the end of the year. However, Germany’s economy minister, Robert Habeck, said on 27 February he wouldn’t reject an extension on “ideological grounds”. Germany is expected to burn more coal as a short-term response to high gas prices, but Löschel thinks the country’s long-term plan to bring forward an end date for using coal power from 2038 to 2030 remains safe.

The European Commission was due to publish a strategy on reducing EU reliance on Russian hydrocarbons on 2 March, but that has been delayed to next week to allow the bloc to finalise its proposals, New Scientist understands. The plan will reportedly include a 40 per cent reduction in fossil fuel use by 2030.

EU energy commissioner Kadri Simson said on 28 February that she hoped to synchronise European power networks with Ukraine’s electricity grid, so it will continue to function. She also said ministers were discussing security of energy supply in Europe, adding: “We are prepared for any eventuality.”

European energy companies are taking matters into their own hands. UK oil giant BP said on 27 February it would sell its 19.75 per cent share in Russian state oil company Rosneft, taking up to a $25 billion hit. Norway’s Equinor said it is also exiting joint ventures in Russia.

Although the UK imports little gas from Russia, it will still be affected by higher gas prices. That could make heat pumps cheaper to run than gas boilers from April, according to UK think tank the Energy and Climate Intelligence Unit. Analysts at one bank, Investec, have suggested gas price shocks could see average energy bills under Great Britain’s price cap reach £3000 in October. However, analysts at Cornwall Energy tell New Scientist that their projections haven’t reached that extreme level yet.

The invasion will cause big longer-term changes in energy, says Tim Lord at the Tony Blair Institute for Global Change in the UK. “It strengthens the argument to move away from fossil fuels, for economic and geopolitical reasons [as well as environmental ones],” he says.

The questions for the UK now are about accelerating action on renewables, energy efficiency, nuclear power, electric vehicles and electrifying heating, says Lord, though new measures haven’t been announced yet. He believes the UK will have to rethink its hydrogen strategy, which has a strong focus on “blue hydrogen” made from natural gas. And he says high gas prices will probably dampen criticism of high costs for a new financing model to fund new UK nuclear power stations, due later this year.