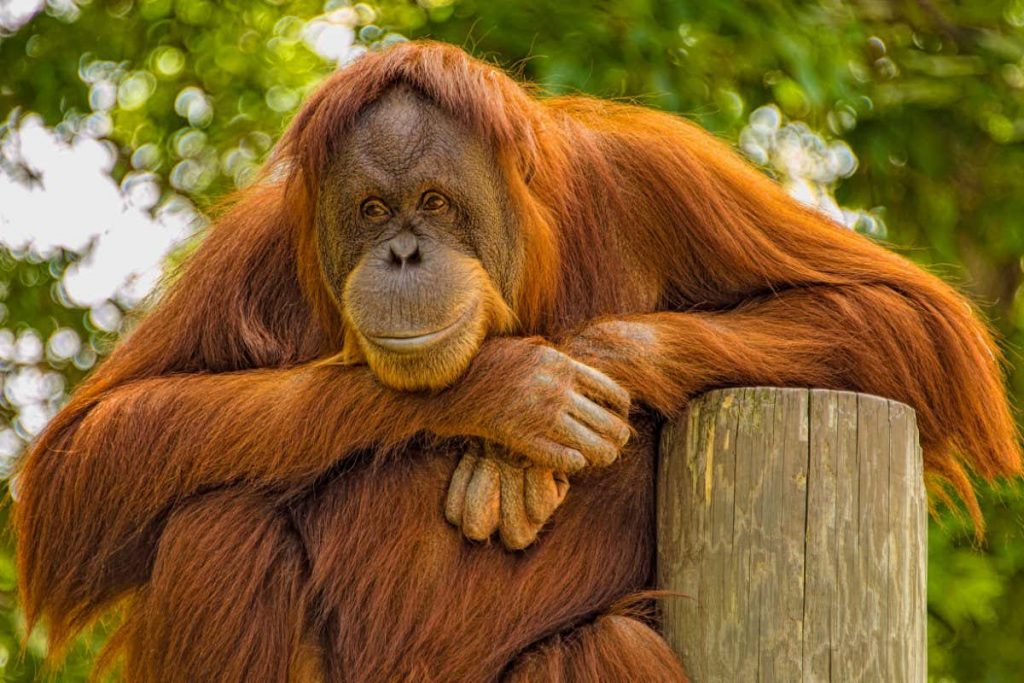 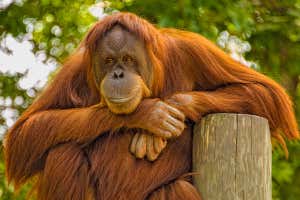 Captive orangutans that had never seen stone tools have spontaneously picked up rocks and used them as hammers. One individual also used a sharp stone as a cutting tool.

The finding suggests that even orangutans, which live in trees and rarely encounter stones, can figure out ways to use them. But there are limits: the animals never learned to make their own tools out of raw stone, even after being shown how.

“We didn’t find the orangutans could combine these behaviours,” says Alba Motes Rodrigo, who led this research while at the University of Tübingen in Germany.

Motes Rodrigo and her colleagues studied two male orangutans living at Kristiansand Zoo and Amusement Park in Norway. The apes were given a box containing a piece of fruit, sealed with rope. They were also given a concrete hammer and a lump of rock. In theory, the orangutans could have used the hammer to knock sharp flakes off the rock, and then used the flakes to cut the rope and reach the fruit. But they didn’t.

The orangutans did hit things with the hammer, though. “We found percussion, which is interesting because orangutans in the wild very rarely interact with stones at all,” says Motes Rodrigo. The orangutans might have been playing, she suggests.

In a follow-up experiment, Motes Rodrigo gave the orangutans a flint flake sharpened into an axe-like tool. “One individual, after trying to open the boxes in different ways, did get this sharp stone axe that I had made myself and used it to cut open the box and obtain the reward,” she says. “They can spontaneously, without any training, recognise that a sharp stone can be used for cutting and use it as such.”

In line with that, in another experiment Motes Rodrigo gave the orangutans sharp stones, then rewarded them with grapes if they handed them back. This was meant to encourage the orangutans to mentally link sharp stones with rewards. Afterwards, the orangutan who had cut the rope now took a blunt lump of rock and “started banging it around”. This knocked some sharp flakes off it, so in a sense the orangutan had made sharp tools. However, he didn’t do anything with them, suggesting he still didn’t understand what he had made.

In a final experiment, Motes Rodrigo showed three other orangutans how to make stone tools. But despite repeated demonstrations, they never managed it – although one did start hitting the lump of rock with the hammer. “Clearly, just observation was not enough for this,” she says. “There is something else that is missing there.”

It may be that the orangutans can’t understand the spatial relations involved in shaping tools, or can’t think far enough ahead, she speculates.

Sign up for Wild Wild Life, a free monthly newsletter celebrating the diversity and science of animals, plants and Earth’s other weird and wonderful inhabitants