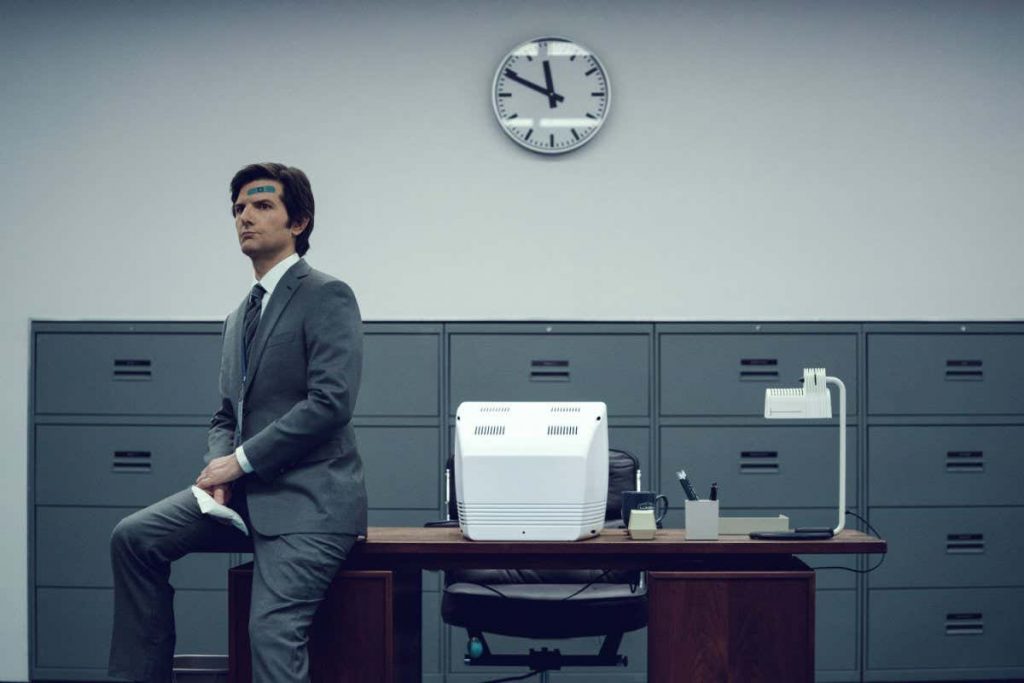 Severance review: A compelling thriller about dividing work and play 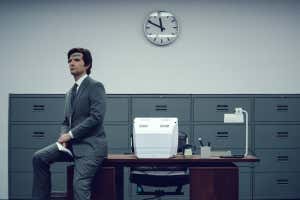 THE first thing you should know about Mark Scout is that he is an employee of Lumon Industries, the nebulous corporation at the heart of new sci-fi thriller series Severance from Apple TV+. He is many other things besides – a cynic, a widower, a former history professor – but it is this fact that has come to define him, right down to his very biology.

That is because Mark (Adam Scott) is one of a select few who have chosen to undergo severance, an irreversible brain surgery that causes their memories of their jobs to be divided from the rest of their life. While working in Lumon’s macrodata refinement department, Mark’s “innie” has no knowledge of who he is outside the office. Likewise, his “outtie” can’t recall how he is treated at Lumon or the nature of the work he performs.

Why sever your job from your personal life? Lumon pitches the procedure as a means of creating a healthy work-life balance. When you head out of the door at 5pm, you really are switching off until tomorrow. For some, there are other benefits: severance means Mark can briefly forget about his wife’s death and hold down a job despite his still-debilitating grief. The severed workers made their decisions willingly, but there are few ways out once the process is complete.

Mercifully, Severance contains no explicit allusions to the pandemic’s effect on our relationship with work, despite the series being filmed in 2020 and 2021. It largely steers away from implausible explanations of how severance is achieved, something that requires suspension of disbelief for anyone with a basic knowledge of how memory works.

Instead, the series is an indictment of what the working world has long been for many: a slow, degrading assault on the soul. Mark’s job is dull, requiring him to sort data packets into folders according to unknown, seemingly arbitrary criteria. He is assured without evidence that his work is of vital importance, and his weak incentives are the promise of a desk toy or a waffle party at the end of the quarter.

Sound familiar? The life of a macrodata refiner is only a few degrees removed from so many jobs. Even the devil’s bargain of severance is just an extreme version of what many employees already do: leave your personal life at the door, do what you are told and, above all, be grateful.

“Severance is an indictment of what work has become for many: a degrading assault on the soul”

It takes the arrival of a new recruit after the sudden disappearance of his colleague Petey (Yul Vazquez) for Mark to start to question this arrangement. Like all severed workers, Helly (Britt Lower) wakes up on a boardroom table and is unable to even remember her name. Her fervent requests to leave are finally granted, only for Helly’s outer self to inexplicably return to Lumon each day, putting her in the confusing position of being both prisoner and jailer. “Every time you find yourself here, it’s because you chose to come back,” Mark reminds her.

Soon, Helly’s defiance rubs off on work-based Mark, while in the outside world he is contacted by Petey, who has reconnected to both sides of his memories at a grave cost to his health. Unbeknownst to each other, the two versions of Mark start to question what Lumon really does.

Severance is a compelling thriller, with a look and feel straight out of a Stanley Kubrick film. Even the most casual Kubrick fan will notice the homages to his style, from the clinical basement where severed workers spend their days to the unnerving stare of Mr Milchick (Tramell Tillman), the department overseer. The Lumon office even sits on the edge of a snowy, isolated town, haunting the residents like a corporate version of the Overlook Hotel from The Shining.

Despite borrowing from such illustrious influences, Severance is a rare beast in that its premise is original. In a viewing landscape increasingly dominated by sequels and remakes, it is a unique concept that provides a genuine commentary on the all-encompassing role of work in our lives. The perspective it offers is disturbing – and will keep you coming back each week, even if, like Mark and his colleagues, you aren’t exactly sure why.