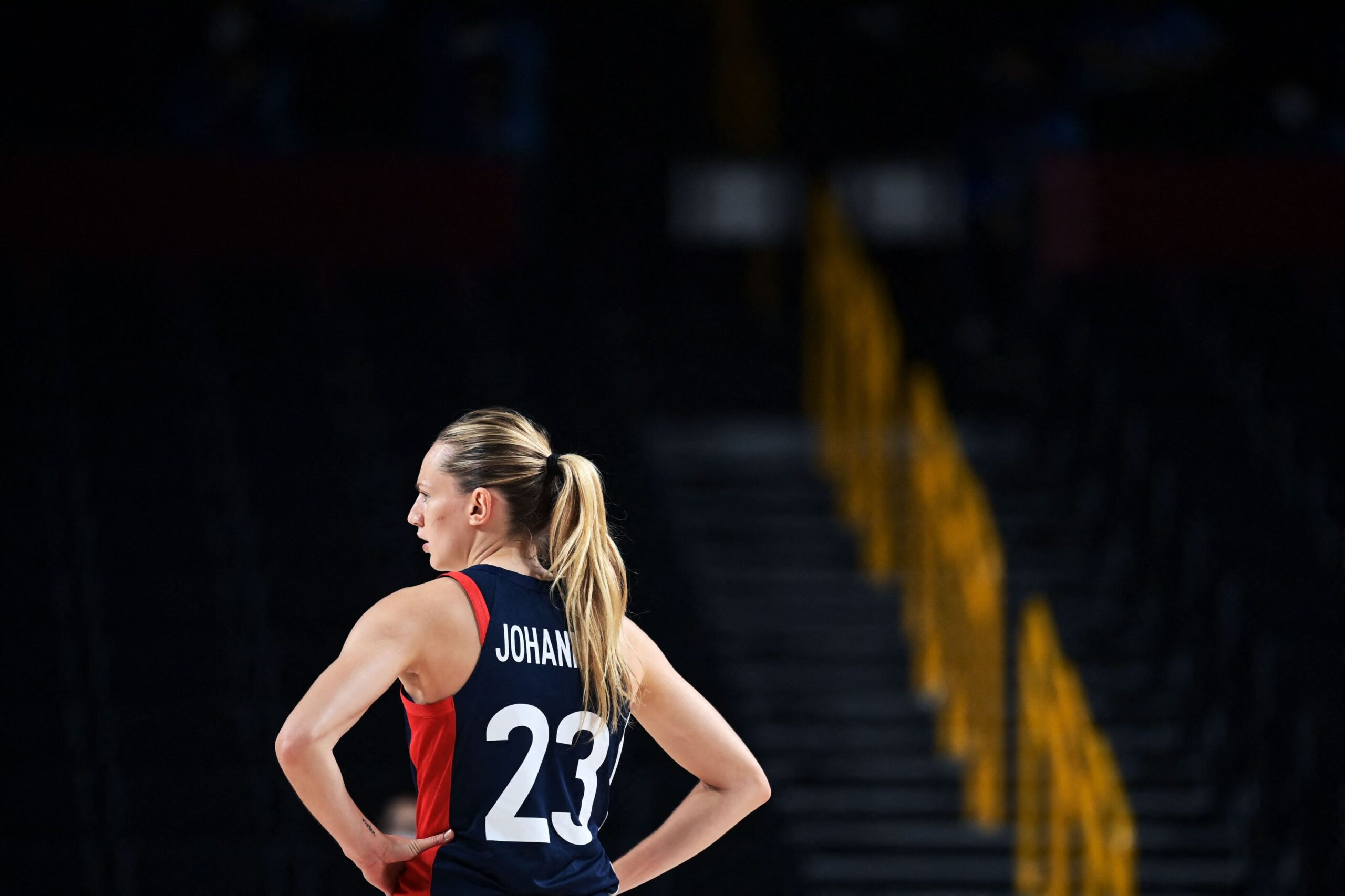 Welcome back to Above The Break, FanSided’s weekly look around the WNBA.

Vegas and Connecticut continue to sit atop the WNBA standings, with both teams sitting at 10 wins. We’re starting to develop some clear tiers this season amongst the teams. The Aces and Sun are that top tier, then we have a messy tier made up of the next five playoff contenders, then the “one of them gets the eight seed” tier of New York and Los Angeles, and then the lottery tier of Indiana, Phoenix and Minnesota.

This week, we’re looking forward instead of looking back. The Liberty made a big signing, the Lynx are dealing with a major injury and All-Star voting is open.

One of the splashiest things that happened this week wasn’t on the court itself but was instead in the league’s transaction log.

The New York Liberty made some moves, beginning with a trade that sent Asia Durr to the Atlanta Dream in exchange for Megan Walker — a former first-round pick by the Libs — and the draft rights to Raquel Carrera. Walker was subsequently waived to make room for Marine Johannès, who had just finished up her season in France.

This will be Johannès’ second stint in the WNBA. She last played for New York in 2019, when she appeared in 19 games. She averages 7.2 points, 2.4 assists and 1.8 rebounds per game while shooting 43.6 percent from the floor and 37.9 percent from three.

Those are fine numbers. But if you just looked at those numbers without context, you might wonder why all of Twitter seems so hyped up about Johannès. That’s where the videos come in.

Johannès is a magician with the ball. She can do things when it comes to making difficult passes that very few people on this planet can do. And she joins a Liberty team that’s in dire need of additional ball-handlers. Adding Crystal Dangerfield finally gave the Liberty a point guard who could play beside Sabrin Ionescu and led to the team winning three of four with Dangerfield in the starting lineup. Now, Johannès gives New York a combo guard who’ll be a lot tougher to guard than Dangerfield is, which should open up this offense even more.

Mark Schindler wrote a great look at what Johannès has been doing internationally. There are a lot of good insights there, but one thing worth mentioning is her numbers during this most recent overseas season, which include her going “39.7 percent from deep on 6.2 attempts per game” New York now has two guards who can score from all over the floor, both of whom can create their own shots and score off of passes.

The Liberty are going to be fun. This team looked destined for the lottery a week ago, but a run for the eighth seed is now firmly in play.

Sylvia Fowles is hurt — what now for Minnesota?

Sylvia Fowles is in the midst of her final WNBA season. It’s been a long year in Minnesota, as injuries and ineffective play have left Fowles having to shoulder much of the weight. Now, she’s out indefinitely with a cartilage injury in her right knee.

So far this season, Fowles is averaging 16.5 points, 10.3 rebounds, 1.5 steals and 1.3 blocks per game. Minnesota doesn’t have a way to replace that kind of production. Fowles is one of the best players in the WNBA and no team would be equipped to survive her absence.

The only silver lining for Minnesota here — and it’s a very slight silver lining — is that Fowles being out coincides with the team listing Damiris Dantas as probable for Friday’s game against Washington. Dantas has been out for all of the season, but it looks like she’s poised to return to the floor.

And while the numbers in those 58 minutes were fine, that was also a different team, which had the reliable ball-handling of Layshia Clarendon and the firepower of Napheesa Collier. Now, Dantas rejoins a team with a lot of holes. If she winds up starting, the team will employ a frontcourt of Dantas and Jessica Shepard. Those two played 41 minutes without Fowles on the floor last year, with the team having a 13.16 net rating in those minutes. There’s a chance this isn’t a disaster, but I’m not sure how much of a chance, as again, last year’s team was a lot more well-rounded.

One fun wrinkle: Dantas took 4.3 3s per game last year. Jessica Shepard is taking 1.3 3s per game this year. Cheryl Reeve has never been at the forefront of the 3-point revolution, but she might have to expand what her offense does without Fowles.

Per Synergy, Minnesota has been the league’s most efficient post-up team, but that’s basically been all Fowles, as she’s used 51 of the team’s 68 post-up possessions. Shepard and Nina Milic have had good numbers when posting up, but will that hold up when the volume is scaled up? Or will Minnesota need to radically shift its approach? Dantas ranked in the 59th percentile in post-up points per possession last year, so there could be some upside there, but I think if Minnesota just asks Dantas or any of the other bigs to just go out there and pretend to be Sylvia Fowles, things will get really ugly in a hurry.

I don’t have an official ballot for the All-Star Game. If anyone who is reading this can change that, get in touch because I’d love to be an awards voter.

But just like all of you, I can fill out a WNBA All-Star ballot online. Votes aren’t due until June 20, but I wanted to go inside my current ballot and talk a little about it.

This year, you can vote for six frontcourt players and four guards. Here are my picks.

I’m not going to explain all of the picks, but I will outline my last player in for each position and who I picked them over.

In the frontcourt, Parker was my last pick. She’s had a good season, averaging 12.6 points, 4.5 assists and 8.7 rebounds per game. I don’t think her numbers pop as much as Nneka Ogwumike, who was in contention for this final pick, but Parker has had a larger impact this season.

As for guard, Arike was my fourth pick. Sabrina Ionescu had a good argument for the spot based on how she’s playing now, but Ionescu had a rough patch earlier in the season. Her ceiling is as high as anyone, but she’s played down to her floor a bit too much this season for me, which is why Arike and her 18.5 points per game get the nod here for now. I also had Jewell Loyd, Rhyne Howard and Kelsey Mitchell all in contention for this spot. Guard has been a pretty strong position this season.