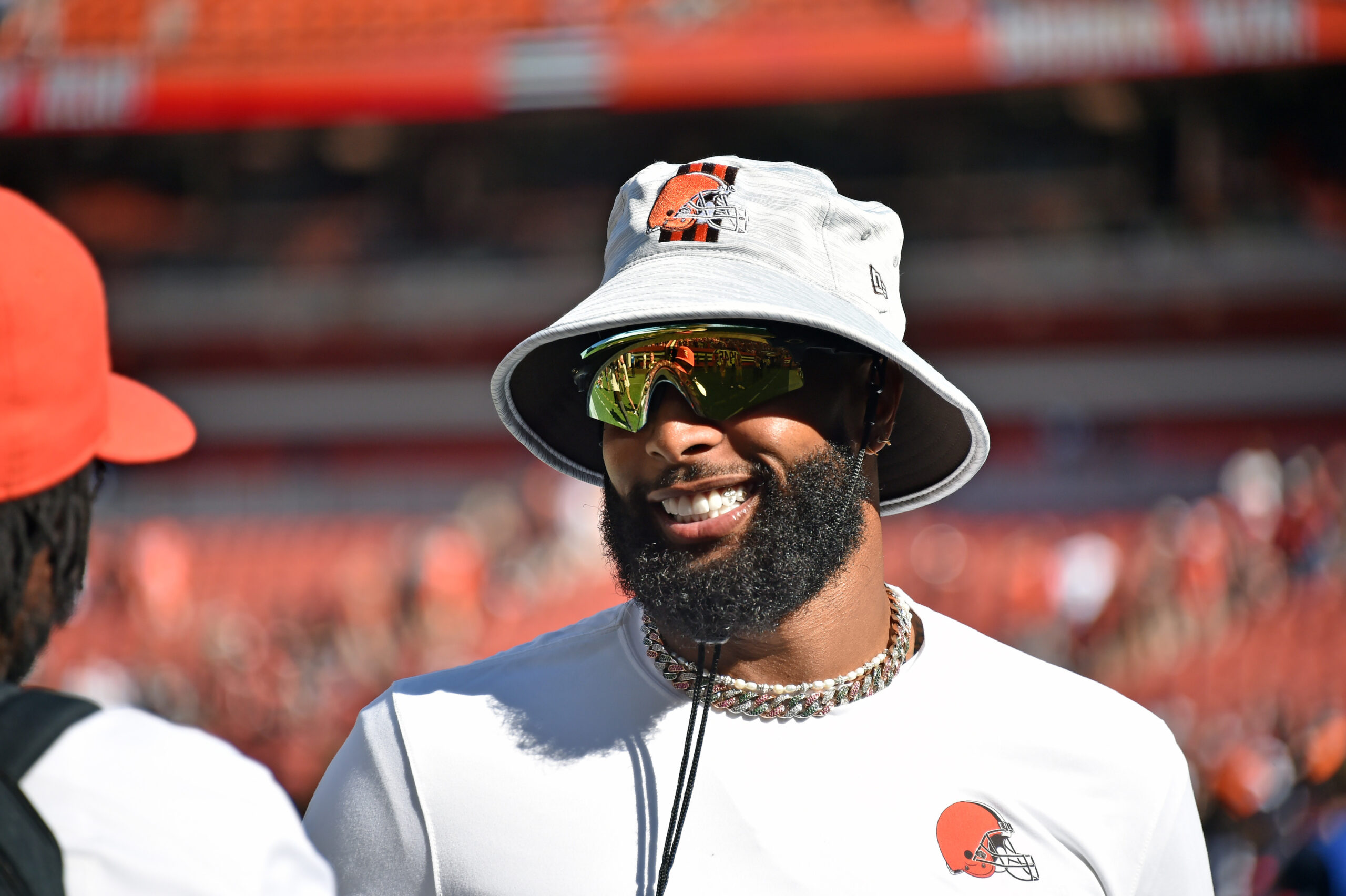 Had it not been for a torn ACL right before halftime in Super Bowl 56, Beckham would already be on a team right now. Though he will have plenty of suitors, teams that are very familiar with him (Cleveland and Los Angeles, especially) could be at the front of the line to bring in the borderline hall of famer. It might be a long shot to get him back in Cleveland, but he is being recruited there.

Here is what Browns safety John Johnson III told Nate Ulrich of the Akron Beacon Journal on his recruitment of Beckham in trying to bring him back to Cleveland.

“It was kind of a shot in the dark,” said Johnson to the Akron Beacon Journal. “That was me recruiting. Honestly, there was no backstory to it. There was no insider information. It was just like, ‘I want him here. I’ve got a feeling that he might come back.’ But I don’t know. We’ll see.”

The biggest advantage towards Beckham being back in Cleveland is last year’s starting quarterback Baker Mayfield will almost certainly not be part of the team. Obviously, the biggest concern is his successor Deshaun Watson may not play a snap this year due to his legal issues. The question is if Beckham wants to go back to a team where he may not have been very happy.

Beckham may have crashed Rams head coach Sean McVay’s wedding, but the Allen Robinson signing may make it difficult for him to return to Los Angeles. The City of Angels may be more his scene, but general manager Les Snead can only kick the can so far financially. Kliff Kingsbury of the Arizona Cardinals was at that wedding and so was Matt LaFleur of the Green Bay Packers…

Besides familiarity with the organization, the best thing the Browns have going for them is Beckham was supposedly beloved in that locker room. Much of the team he was part of a year ago remains intact. Quite frankly, Cleveland is only good quarterback play away from being in the AFC playoffs mix again. The problem is Watson can’t be counted on and it is Jacoby Brissett otherwise.

Beckham may have no qualms about catching passes from Brissett while he and the rest of the Browns do the waiting game on Watson’s fate. However, Beckham is at that stage of his career where he is clearly on the back-nine. Thus, he can pick and choose where he signs. Odds are, he will want to go to a franchise with a quarterback somewhere in the vicinity of Matthew Stafford.

Beckham will likely be playing for his fourth NFL team this season, but the Browns are in the mix.