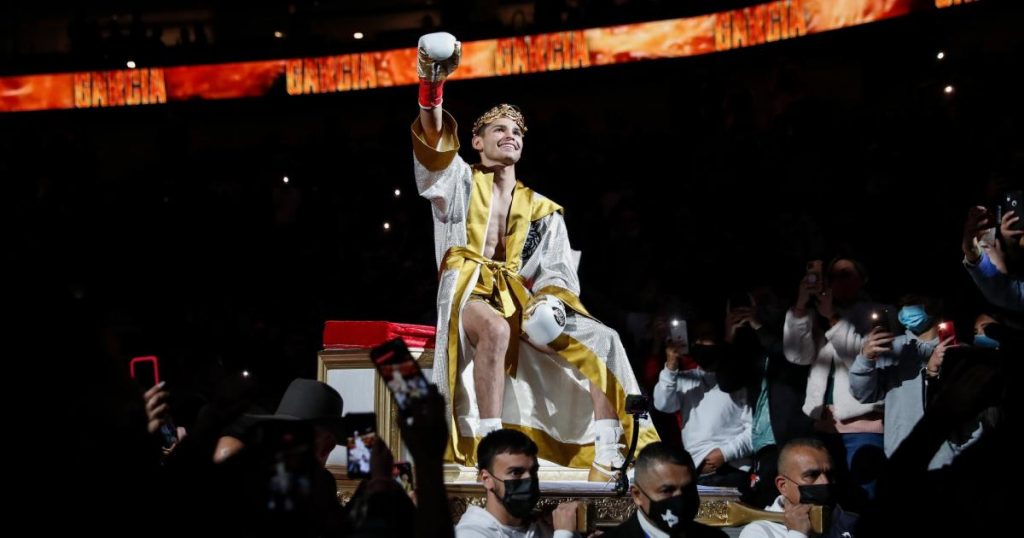 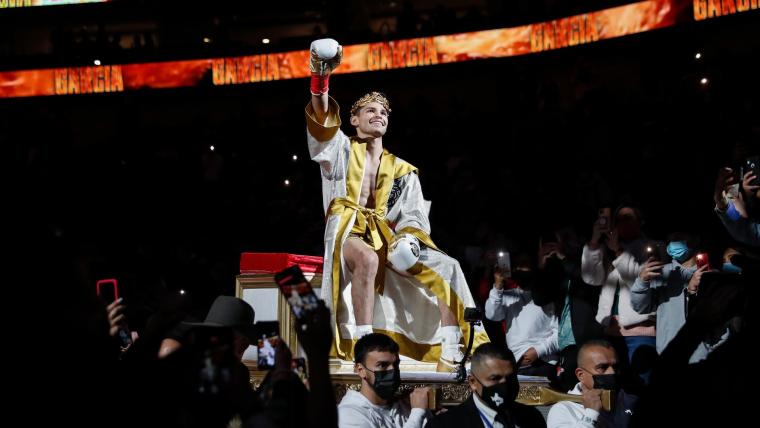 Following a long layoff, Ryan Garcia is heading back to the ring. Garcia will return on April 9 against Emmanuel Tagoe.

ESPN’s Mike Coppinger was the first to report the news. That fight date is a week after Garcia’s prediction of April 2. Per Dan Rafael, the fight date won’t go head-to-head against the NCAA men’s basketball semifinals. The bout will take place in The Alamodome in San Antonio, Texas.

Garcia made his pro debut in 2016. In November 2019 and February 2020, Garcia beat Romero Duno and Francisco Fonseca following two brutal knockouts to win and hold onto the WBC silver lightweight title. He passed his first major test in January 2021 when he beat Luke Campbell via TKO to win the interim WBC lightweight title.

Since then, Garcia has taken a break from boxing. In April 2021 he was supposed to fight Javier Fortuna but ended up not fighting to work on his mental health. Set to return this past November, Garcia would undergo hand surgery. The bout he missed was an interim title fight against Joseph Diaz.

Tagoe made his pro debut in 2004. After losing his first fight, Tagoe has won 32 in a row. A former IBO lightweight champion, Tagoe defended the title once. His last fight was in November 2020, beating Mason Menard via majority decision.

Here is a complete guide for Garcia vs. Tagoe, including the start time, fight card, price, updated betting odds and more! Sporting News will be providing updates as time goes on.

When is Ryan Garcia vs. Emmanuel Tagoe?

Ryan Garcia vs. Emmanuel Tagoe will take place Saturday, April 9, with pre-fight coverage not yet announced. Sporting News will be updating this story with more information as it gets released, including when the event and the pay-per-view portion of the card begins.

How to watch, live stream Garcia vs. Tagoe

The Garcia vs. Tagoe main card will be airing on DAZN.

Garcia vs. Tagoe PPV price: How much does the card cost?

Where is Garcia vs. Tagoe taking place?

Garcia vs. Tagoe will take place in the Alamodome in San Antonio, Texas. This will be the second time that Garcia has fought in Texas, as his last fight against Luke Campbell was in Dallas. Tagoe will fight in the United States for the second time, as he has primarily been fighting out of Ghana.

As of now, there are no odds released for the Garcia vs. Tagoe fight. Stay tuned, as Sporting News will provide information on odds when released.