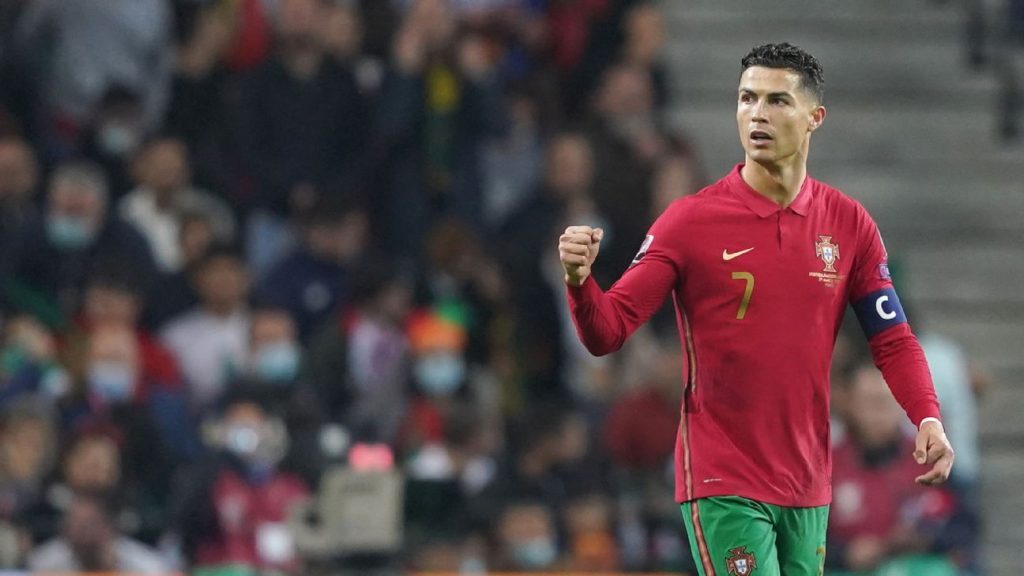 PORTO, Portugal — Cristiano Ronaldo is heading to Qatar, but Mohamed Salah isn’t and neither is Zlatan Ibrahimovic, whose dream of becoming the first outfield player to bridge a 16-year gap between appearances at the World Cup fizzled out in a late, fruitless substitute rescue act for Sweden in Poland.

Every World Cup takes place with at least one leading player or major nation failing to qualify, but as the European and African sections came to a close (the conflict in Ukraine means that one spot is still to be assigned in the UEFA zone), the big names absentees are beginning to mount up.

Liverpool forward Salah, a potential Ballon d’Or winner this year, suffered his second penalty shoot-out heartbreak in less than two months as Egypt missed out on qualification by losing to Senegal — a repeat of their Africa Cup of Nations final loss to the same team.

And Ibrahimovic, who will be 41 when Qatar 2022 begins, can forget about returning to the World Cup stage for the first time — and probably last, but who knows with Zlatan? — since failing to score at Germany 2006 after his return from international retirement came to nothing. Robert Lewandowski’s second-half penalty in Chorzow set Poland on the way to a 2-0 win and qualification for Qatar, ensuring that the Bayern Munich forward — for many observers, the best centre-forward in the game — will be at football’s biggest party when the World Cup is staged in November and December.

Salah and Ibrahimovic will join Norway’s Erling Haaland, who scored twice in a 9-0 win against Armenia on Tuesday, as World Cup absentees. Two of football’s biggest stars right now and a player who has been at the top of the game for over a decade, none of them will be in Qatar. And we haven’t even mentioned Italy, who have become the first European champions since Greece (winners in 2004) to fail to qualify for the World Cup.

FIFA can be thankful that at least Ronaldo and his star-studded Portugal team will be in Qatar. Ronaldo, Lionel Messi and Lewandowski will all bring their celebrity and class to the tournament, but none of them could be described as the next generation, or even players at their peak. All three have been superstars of the modern game, but Qatar will almost certainly be their last World Cup.

The new wave could have been led by Haaland had Norway qualified, but there are still enough stars heading for Qatar who can ensure that the spotlight doesn’t automatically fall on the old guard of Ronaldo, Messi and Lewandowski.

Sadio Mane’s penalty against Egypt sealed qualification for Senegal, so the Liverpool forward will get the chance to do what Salah cannot by leading his country at the World Cup and potentially helping an African nation make it to the semifinals for the first time.

Kylian Mbappe, who confirmed his superstar status with his performance in the 2018 World Cup final for France against Croatia, will see Qatar as his opportunity to knock Ronaldo and Messi off top spot in football’s elite rankings, while Harry Kane, Phil Foden and Raheem Sterling will also eye this World Cup as their chance to establish their global greatness.

Germany’s Kai Havertz, Christopher Nkunku of France and Spain’s Pedri are others who could emerge as World Cup stars in Qatar.

But while all eyes will be on Ronaldo when Portugal play in Qatar, their performance in play-off wins against Turkey and North Macedonia highlighted the quality within Fernando Santos’s squad. Portugal are no longer a team solely reliant on Ronaldo.

Ronaldo’s Manchester United teammate, Bruno Fernandes, scored twice to seal victory in Porto against the North Macedonians, who had eliminated Italy in the play-off semifinal, and the World Cup will unquestionably be a better tournament for his presence and that of Bernardo Silva, Diogo Jota and the Porto winger Otavio.

Portugal can defend too and, while they have deep reserves of flair further forward, there is no shortage of quality at the back, where the 39-year-old Pepe still organises and defends brilliantly. He and Danilo were outstanding against North Macedonia.

But although Portugal will be one of leading nations in Qatar, the party would have been greater had Italy, Salah, Haaland and Ibrahimovic also made it to the World Cup.

In their absence, others will create the headlines, and one of them could be Ronaldo. Qatar 2022 just wouldn’t have been the same without him.