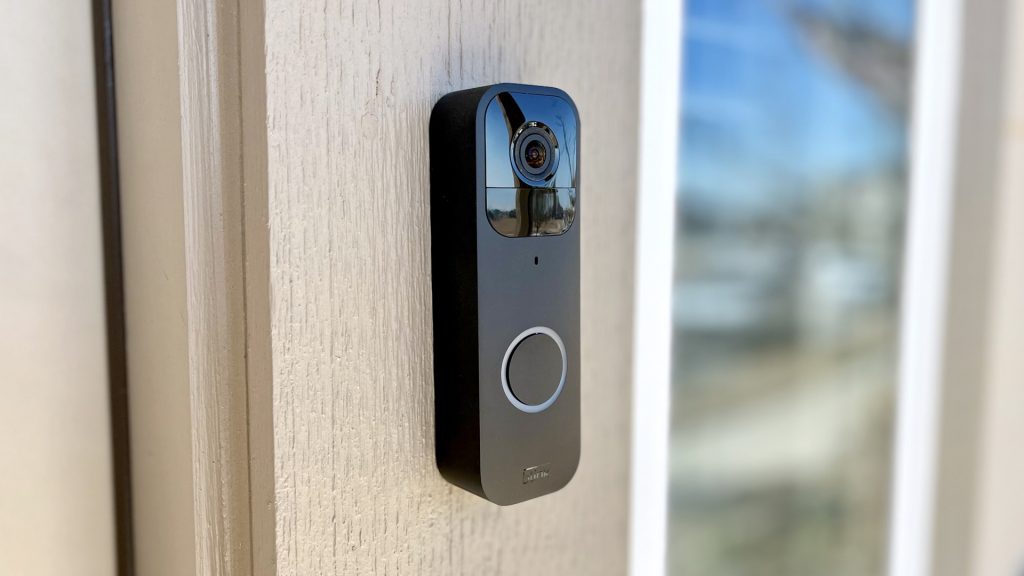 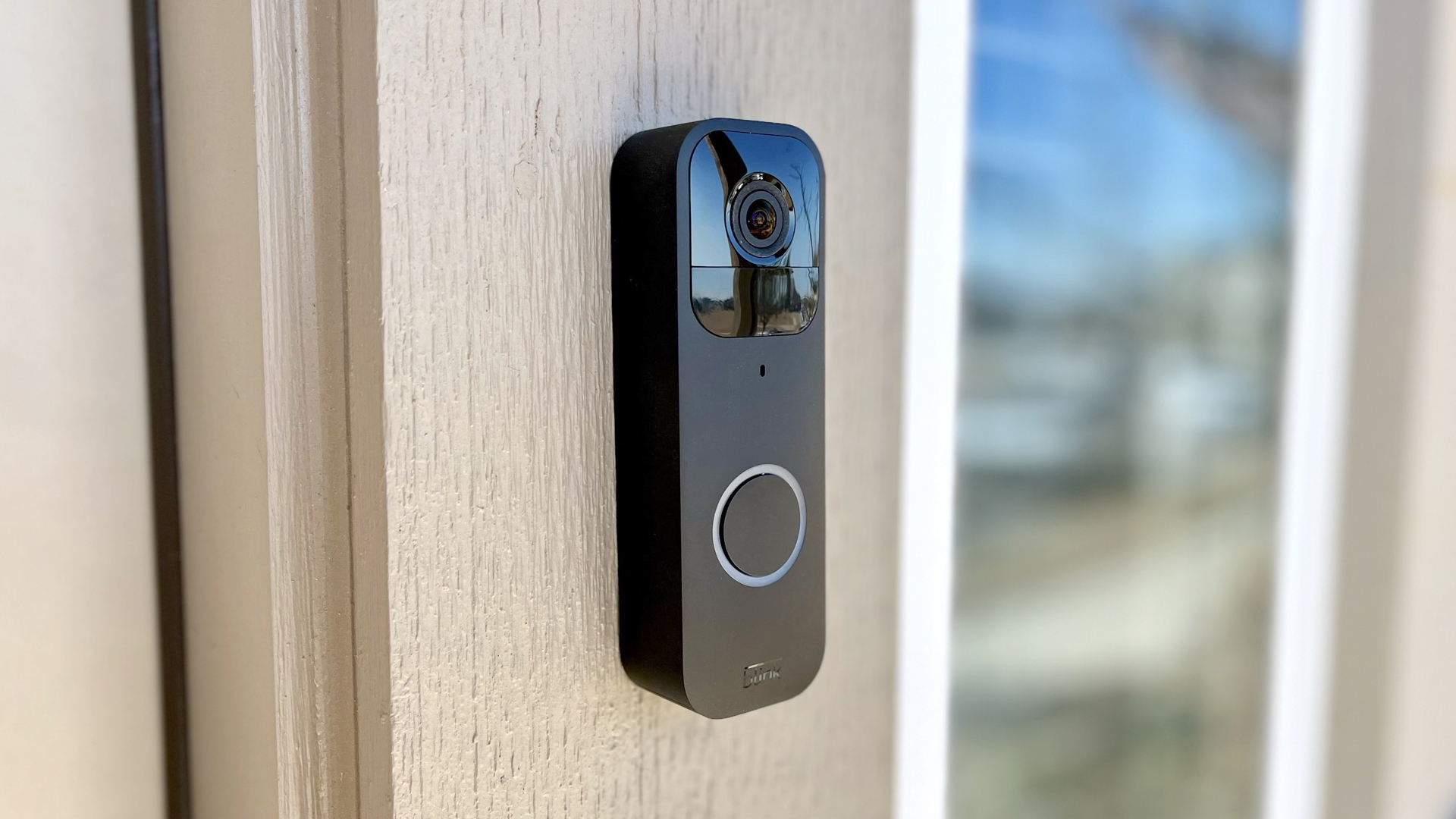 Even if a homeowner never invests in a dedicated security camera, one thing they’re liable to buy is a video doorbell, if just so they can pre-screen visitors and scare off porch pirates. The Blink Video Doorbell is an entry from Amazon’s budget security line, competing against similarly-priced products from Eufy and Wyze. The price is right — but is Blink’s product something you should actually install at your front door? Find out in Android Authority‘s Blink Video Doorbell review.

What you need to know about the Blink Video Doorbell 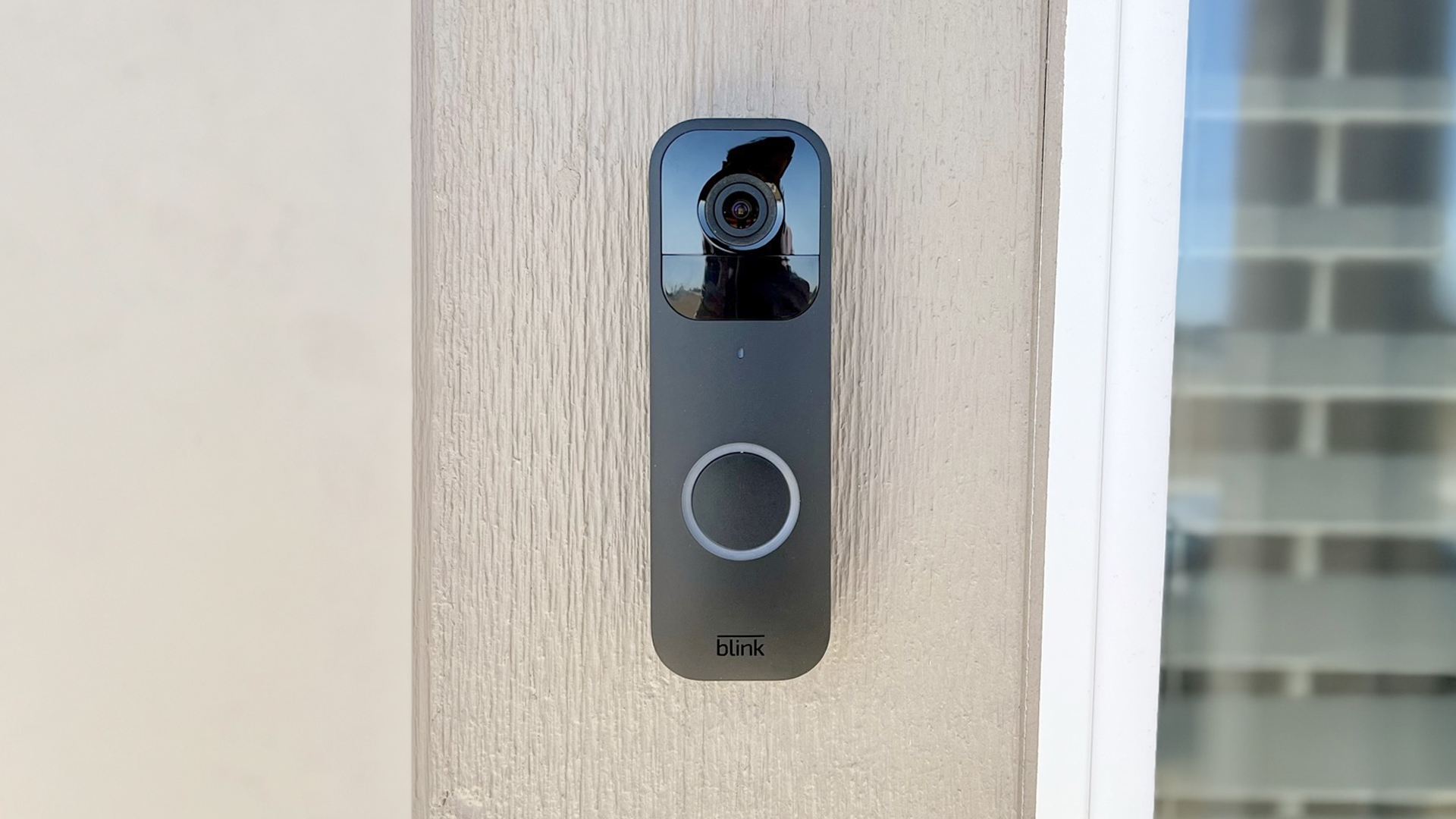 Blink’s doorbell checks many of the same boxes as its rivals. It offers 1080p color footage in bright conditions, with a lower-quality infrared (IR) view kicking in when it gets dark. It also supports motion detection, two-way talk, and Alexa integration, including notifications and smart home automations triggered by motion or button events. If you have an Echo Show display, Alexa lets you both see and talk to visitors without your phone. If you don’t have any Alexa devices you can still rely on the Blink app for Android or iOS. There’s no Google Home or Apple HomeKit compatibility.

Whereas many video doorbells are powered by house wiring or a rechargeable lithium pack, Blink’s device uses two AA batteries, which can supposedly run up to two years before needing a swap. That may sound impossible, but the trick is that for anything beyond live views of button or motion events you’ll have to own a Sync Module — a Wi-Fi bridge that is also capable of linking other Blink cameras as well. You can buy a bundle of the Video Doorbell and Sync Module 2 on Amazon. To install the latter, you’ll need to find an AC outlet within wireless range of both the Video Doorbell and your Wi-Fi router.

Check out: The best Alexa-compatible devices for your home

With a Sync Module 2 in place, you can use either local recording or a Blink Subscription Plan (not both). The first option relies on plugging in a USB drive, which formats your storage automatically. You’ll have to buy the drive yourself, but something as simple as a 1GB USB 2.0 stick can work. Local storage isn’t an option on the original Sync Module.

Blink Subscription Plans include 60 days of video history and start at $3 per month or $30 per year for a single camera. Stepping up to unlimited cameras raises costs to $10 per month or $100 per year, though you do get extended warranties and a 10% discount off new gear.

Neither local nor cloud recording has a continuous option. Instead, you’re limited to event clips, although you can scale these from five to 30 seconds, which is usually plenty of time.

We should lastly note that while you can wire the Video Doorbell to a home’s analog chime system, you can’t connect it to wired power. Be sure to hold on to the battery access tool Blink supplies — you’ll need it.

Generally speaking, daytime video quality is solid. It’s not the sharpest, and it’s locked to 30 frames per second, but that’s more than good enough under most conditions. Similar things can be said about the doorbell’s intercom system, which is just loud and clear enough that no one should have trouble with conversations.

Blink’s mobile app is easy to use yet chock full of configuration options — motion detection, for instance, has adjustments for sensitivity, clip lengths, detection zones, and re-trigger delays. There’s even an “Advanced” version of the zone system with granular selection boxes, which makes it possible to eliminate most conceivable sources of false alerts. That’s important because a flood of alerts is not only annoying but a detriment to battery life.

Blink’s mobile app is easy to use yet chock full of configuration options.

Checking recent recordings is dead simple, as is tuning into live feeds via notifications or opening the app. We also had the chance to test answering the door and talking to guests on a first-gen Echo Show 5, and found that it was so convenient we’d suggest getting one Show model or another as a companion purchase.

Design-wise the Video Doorbell is slender, which means it should fit just about anywhere you can drill the two necessary screw holes. It’s even aesthetically appealing, which is more than you can say for some budget alternatives.

What’s not so good? 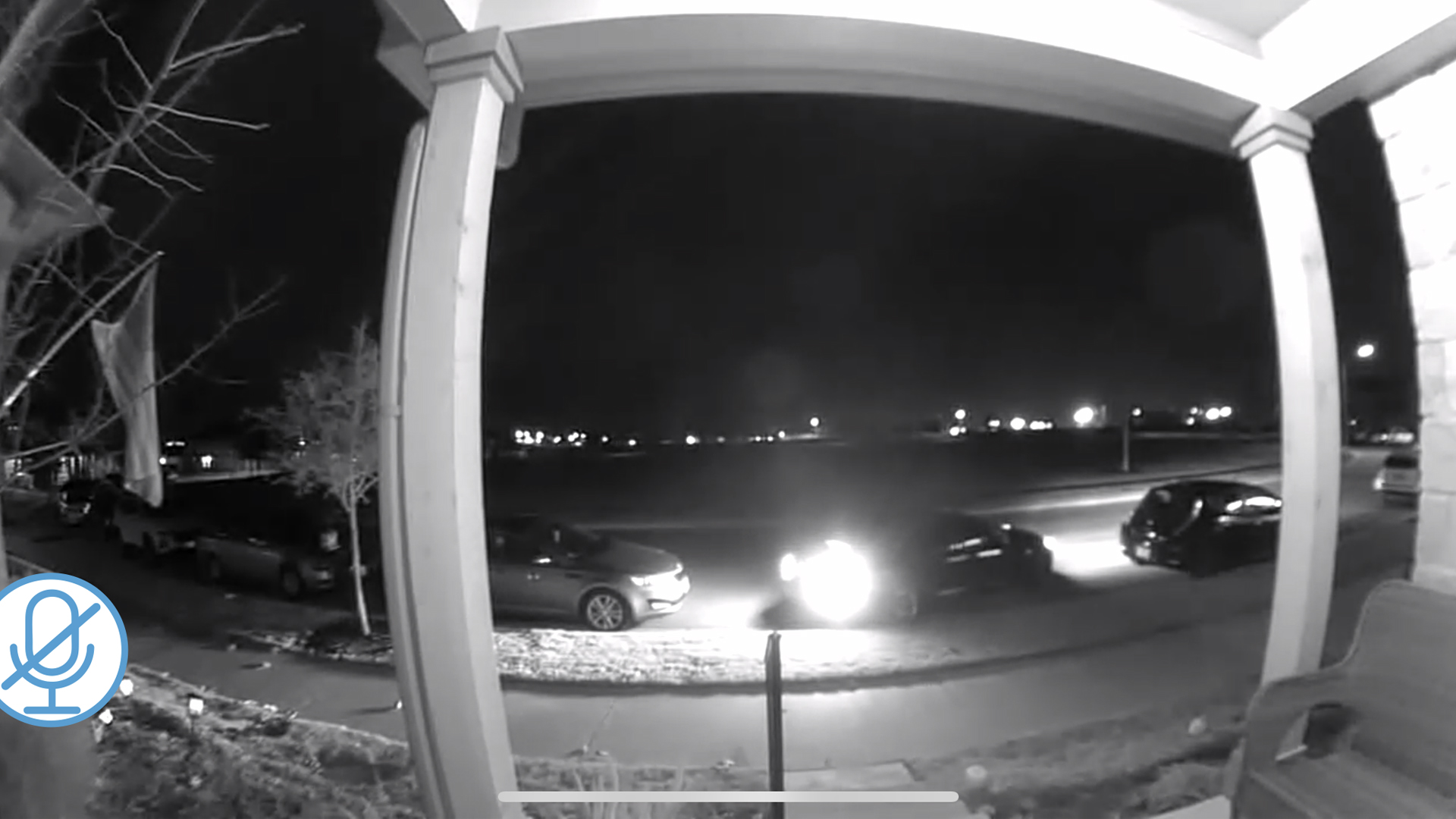 Much like the Blink Outdoor security camera, night vision on the Video Doorbell is fairly weak — it’s muddy, black and white, and runs at a slower frame rate, with limited IR range. That’s less of an issue on a doorbell since most subjects will be up close, but in an era when color night vision is increasingly standard on security cameras, it’s disappointing.

Regardless of the time of day, the Video Doorbell’s field of view isn’t well-suited to watching for packages. It spans 135 degrees horizontally but just 80 degrees vertically, cutting off a large swath of your doorstep. Often it cuts off anything below a visitor’s waist, so a clever thief might be able to dodge the camera and avoid identification.

Installation is relatively straightforward so long as you have a nearby outlet for the Sync Module, but we do feel like Blink is a little stingy with instructions and parts. They don’t warn you ahead of time that you need a power drill, and in-app guidance doesn’t specify what size of drill and Phillips-head bits you should use. We had to resort to trial and error with an included paper template — it’s just fortunate we already had the power drill and a complete bit set.

The Video Doorbell’s field of view isn’t well-suited to watching for packages.

More importantly, there aren’t any wedge or corner mounts included in the package. For a lot of people, these are essential for pointing a doorbell away from the street or neighbors, but Amazon makes you pay an extra $8 for a fairly cheap piece of plastic. Perhaps we shouldn’t complain when the Video Doorbell itself is so cheap, but since our test unit shipped without a corner mount, we had to resort to a tiny detection zone to reduce the number of alerts we got.

Somehow, even this resulted in a few false alerts, presumably because of shadows or passing debris. It does highlight the fact that there’s no person, vehicle, animal, or package detection, which would probably go a long way toward guaranteeing accuracy or at least telling us which notifications we should care about.

Curiously, the Video Doorbell also lacks the Blink Outdoor’s early notification feature, which sends alerts the instant motion is detected rather than a second or two later. Delayed response might be for the best given the occasional false trigger, but it does mean you’ll sometimes tune into a live feed 10 seconds or more after the beginning of an event. That’s par for the course for many security products, yet a step backward for Blink.

Blink Video Doorbell review: Should I buy it? 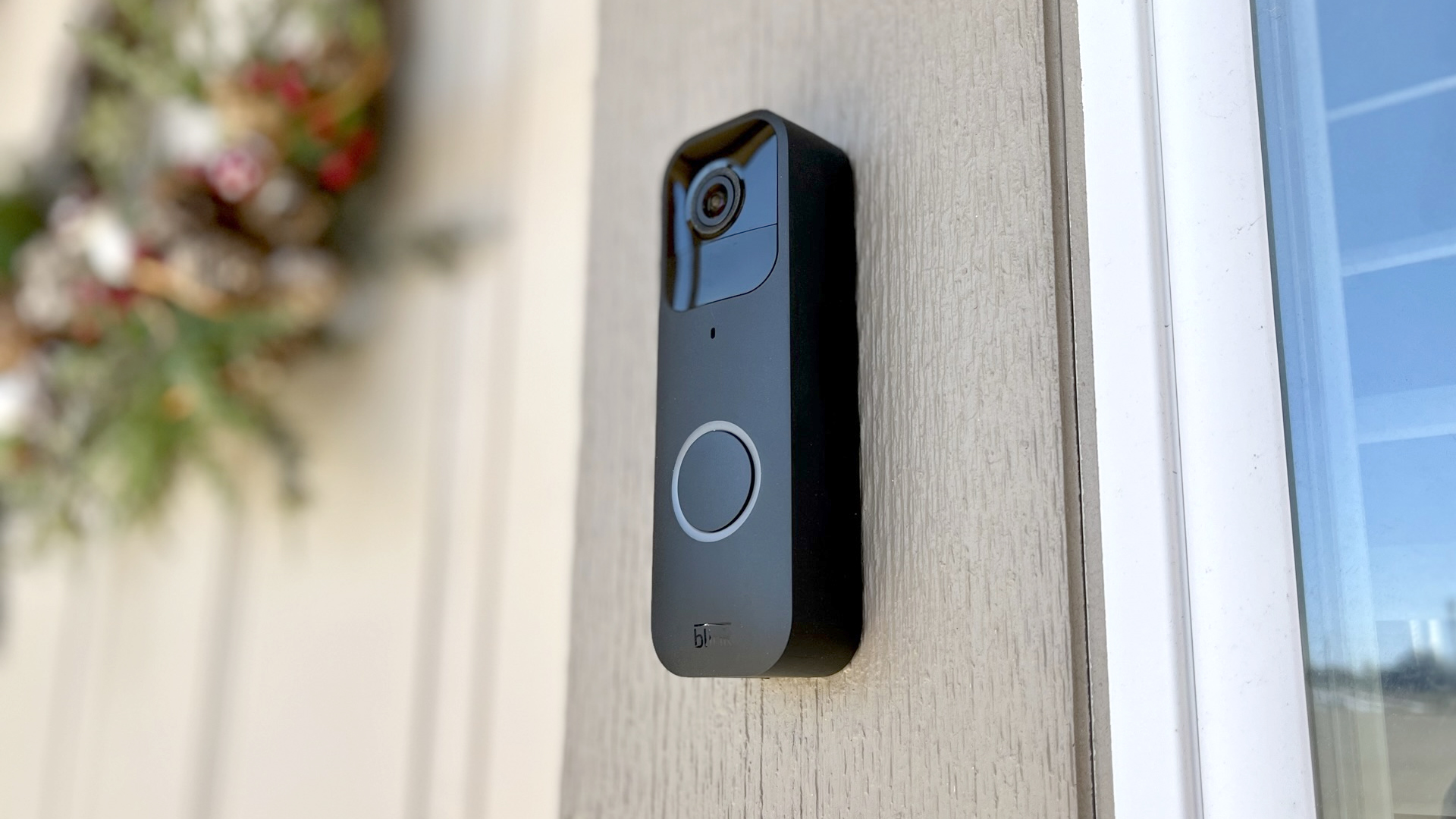 The Blink Video Doorbell is ultimately a solid budget option as long as you’re aware of its limitations. It’s built for watching people, not packages, and you’ll want to point it in a direction that minimizes the number of things that can trigger motion detection, whether or not that means spending extra on a corner mount. If you have another security camera you may want to turn off motion alerts entirely, since you’ll still get video when people push the button.

Its greatest appeal will obviously be with people hooked into the Alexa ecosystem. Smart homes based on Google Assistant or Apple HomeKit are out of luck, unfortunately, so bear that in mind if you want the flexibility of switching platforms.

The Blink Video Doorbell is ultimately a solid budget option as long as you’re aware of its limitations.

There are potentially better budget doorbells depending on your needs. The Wyze Video Doorbell ($65) is wired-only, doesn’t support local recording, and has yet to get promised Alexa and Google Assistant support, but includes an indoor chime module along with free cloud recording (up to 14 days). It shoots in a 3:4 aspect ratio so you can actually see packages, and if you pay for a Cam Plus subscription, you’ll get person, package, vehicle, and animal detection, among other upgrades. There’s a horizontal wedge in the box too.

For an option built on battery power and local recording, there’s the Eufy Video Doorbell 1080p ($99). You’ll have to buy a microSD card, but it sports a 4:3 aspect ratio, a bundled wedge, and support for both Alexa and Google Assistant. Without a subscription, it remains capable of person detection, including face snapshots in phone notifications.

If you’re willing to step beyond budget doorbells, you might appreciate the jump in quality. The Arlo Essential Wireless Video Doorbell ($199) is expensive, but offers a massive 180-degree field of view in all directions, and the option of local recording with a base station if you don’t want to pay for an Arlo Secure plan, although you will need that for cloud storage, activity zones, and object detection. It’s compatible with Alexa and Google Assistant.

Ironically, the Blink Video Doorbell may be a better choice for Alexa fans than Amazon’s higher-end Ring doorbells. The Ring Video Doorbell 4 ($199) is technically superior, for instance supporting dual-band Wi-Fi without an external bridge, but none of Ring’s products have a subscription-free recording method. You’re forced to pay for a Ring Protect plan to do much of anything — and there’s something to be said for a tech product that bucks the trend of nickel and diming customers every month. 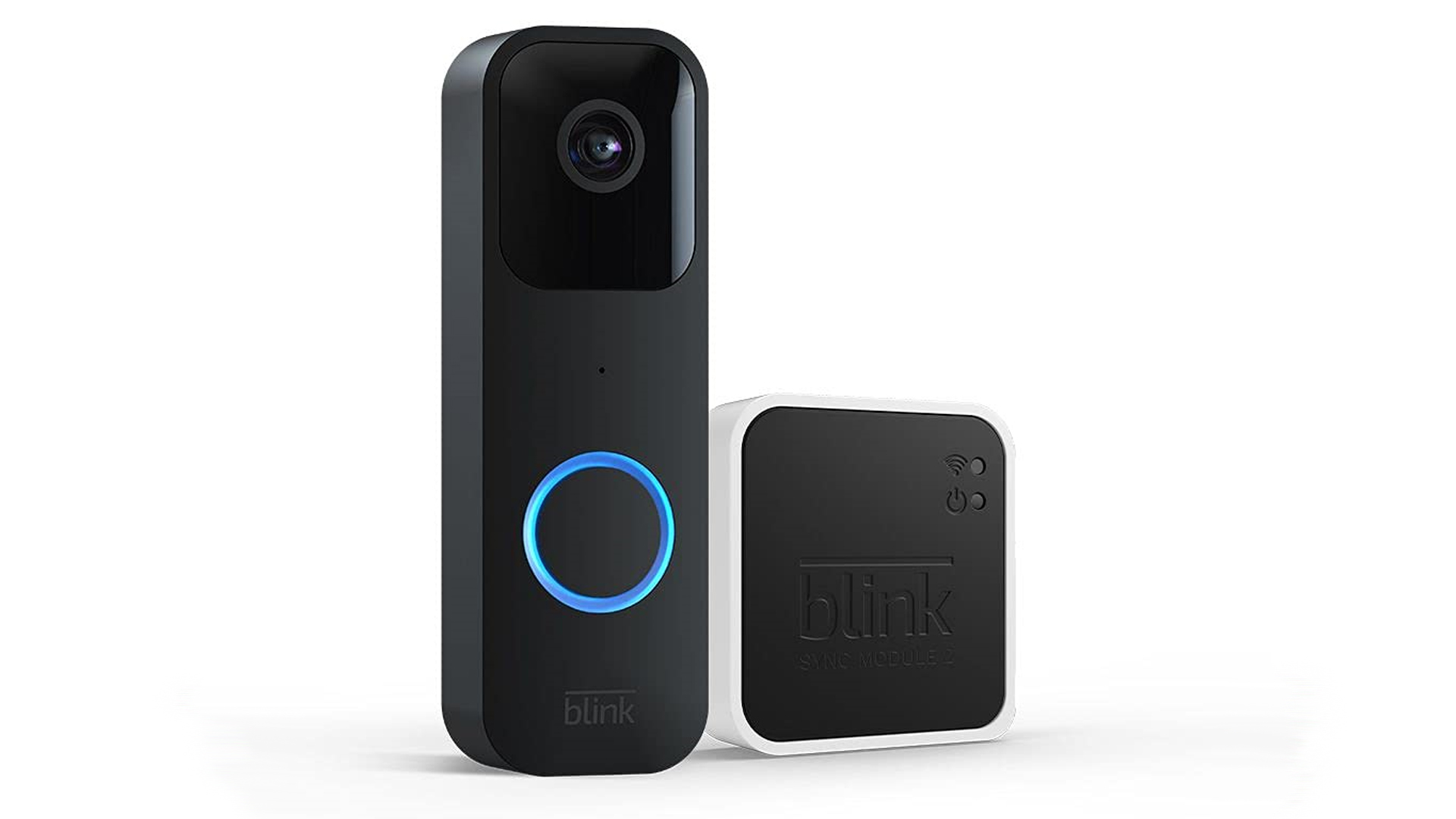 An Alexa-enabled budget doorbell with its required Wi-Fi bridge.

Made by Amazon’s Blink subsidiary, the AA battery-powered Video Doorbell offers features like optional chime wiring and the ability to use local or cloud recording.