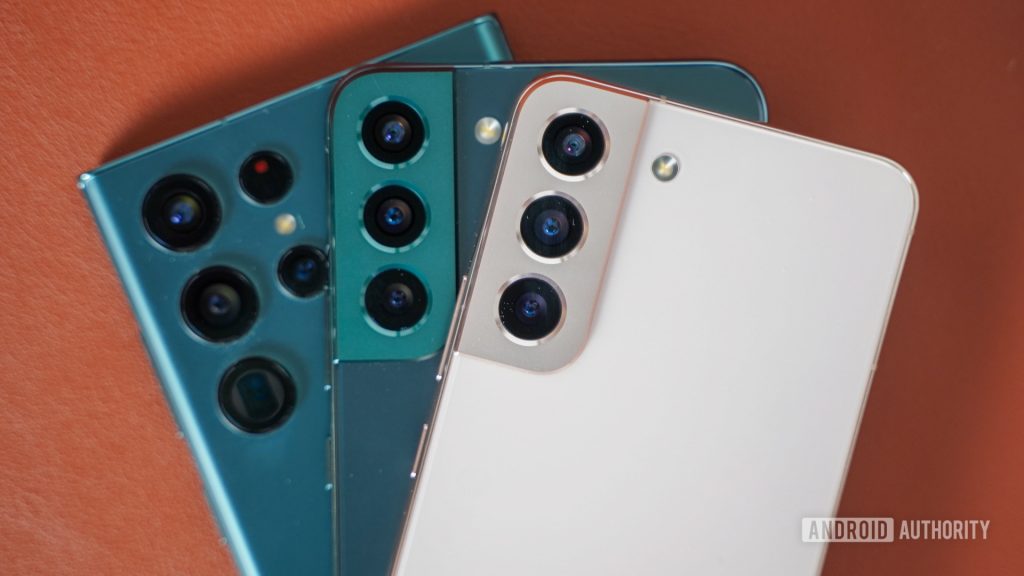 All three Galaxy S22 series phones launched with Android 12 and Samsung’s One UI 4.1 skin on top. Samsung will offer four major Android OS updates to the Galaxy S22, S22 Plus, and S22 Ultra. The company also guarantees five years of security updates for all devices.

February 24, 2022: Samsung has reportedly pushed out a Day 1 update to the Galaxy S22 series (via SamMobile). This should help the phones — which hit general sales tomorrow — be as bug-free as possible when new owners power them up for the first time. It’s possible some areas of the world will get the update pre-installed while others will need to check for updates after getting set up.

The firmware version for the update is S90xEXXU1AVB3. Samsung says it fixes over 60 security and vulnerability issues.

To check if the update is available for your device, head to Settings > Software update and tap on Download and install.

What Samsung Galaxy S22 update are you running? Let us know in the comments. Also, if you’ve spotted an OTA that we haven’t, tip us!

If you’re looking for another update, be sure to visit our Android 12 update tracker.