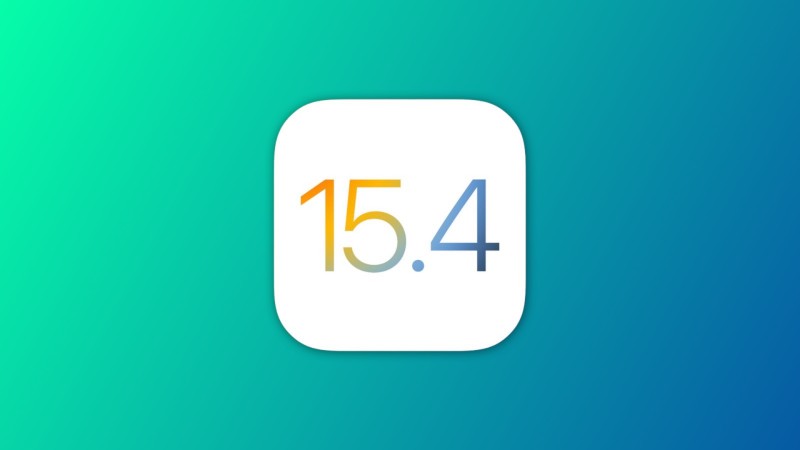 Apple released iOS 15.4.1 to the general public. The software update brings the battery drain issue fix to the iPhone. The build number of the software update is 19E258 and you can head over to Settings → General → Software Update to update your iPhone to the latest operating system. In addition to iOS 15.4.1, Apple has also released tvOS 15.4.1, watchOS 8.5.1, and macOS 12.3.1 software updates.

Apple released iOS 15.4 about two weeks ago. The update brought a number of features and bug fixes to the iPhone operating system. However, many iPhone users were quick to notice that iOS 15.4 was draining the battery of their device quite quickly. Initially, Apple said that iOS takes time to settle in that the battery would improve. However, the situation didn’t improve. The company has now released iOS 15.4.1 to fix the battery issue and bring in critical security fixes.

Here are the official release notes for iOS 15.4.1:

In addition to bringing these changes, Apple has also patched a number of critical vulnerabilities in iOS 15.4.1. As per Apple, the vulnerabilities allowed malicious apps to execute code with kernel privileges. Another bug affecting Intel Graphics drivers has also been fixed. We recommend you to install the latest updates on your Apple devices to patch the vulnerabilities.

Have you installed iOS 15.4.1 on your iPhone? Do you notice any difference in battery life? Let us know in the comments section below!