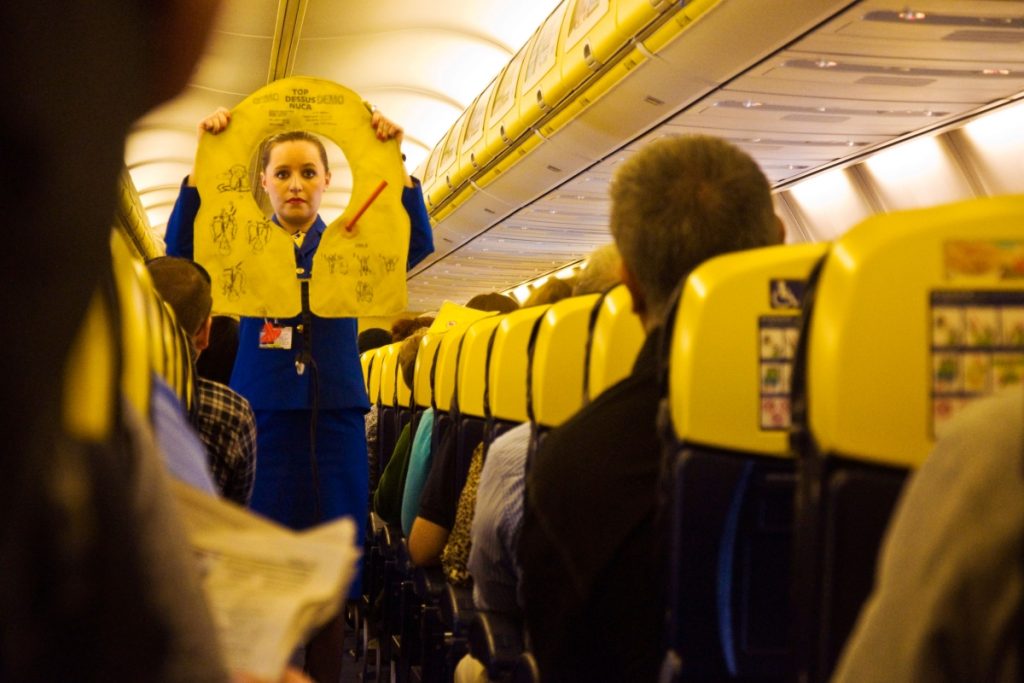 WE’RE all guilty of asking a silly question from time to time.

But a former Ryanair flight attendant has revealed the most stupid question she was asked during a journey – and it might make you feel better about yourself. 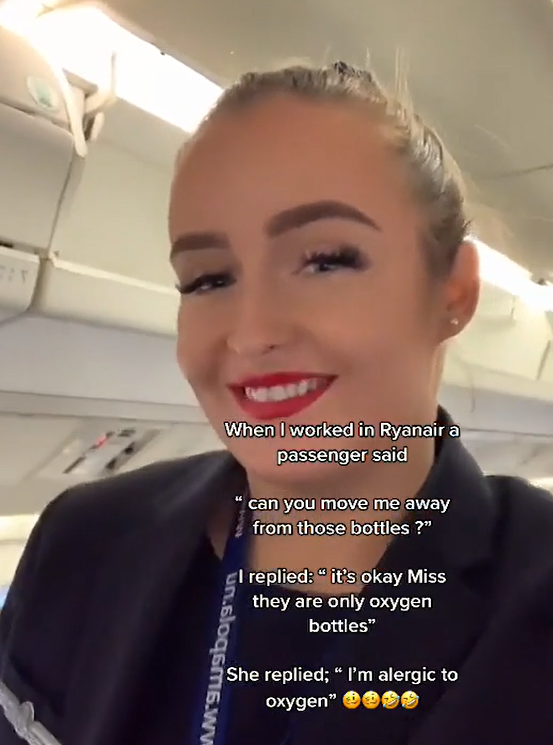 Jemma Behan shared a video on Tiktok explaining that she was working as a flight attendant at Ryanair when a woman pulled her to one side.

The woman asked: “Can you move me away from those bottles?”

Jemma replied: “It’s okay miss, they are only oxygen bottles.”

She played the song ‘Never Forget You’ in the background in homage to her everlasting memory of the woman and her moronic question.

The video has been watched more than 125,000 times and one viewer summed the story up in one short sentence.

They wrote: “People are crazy aren’t they.”

Jemma isn’t the only Ryanair flight attendant who had had to put up with stupid questions from passengers.

Fiona Mallinson said she was often asked by travellers if they could get upgraded to first class.

The budget airline does not have a first class section, so Fiona was unable to carry out the request.

When she was asked the question, she replied: “But it’s all first class!”

Another flight attendant revealed the four most annoying questions they always get asked by passengers.

And another Ryanair flight attendant revealed the worst thing you can do while flying. 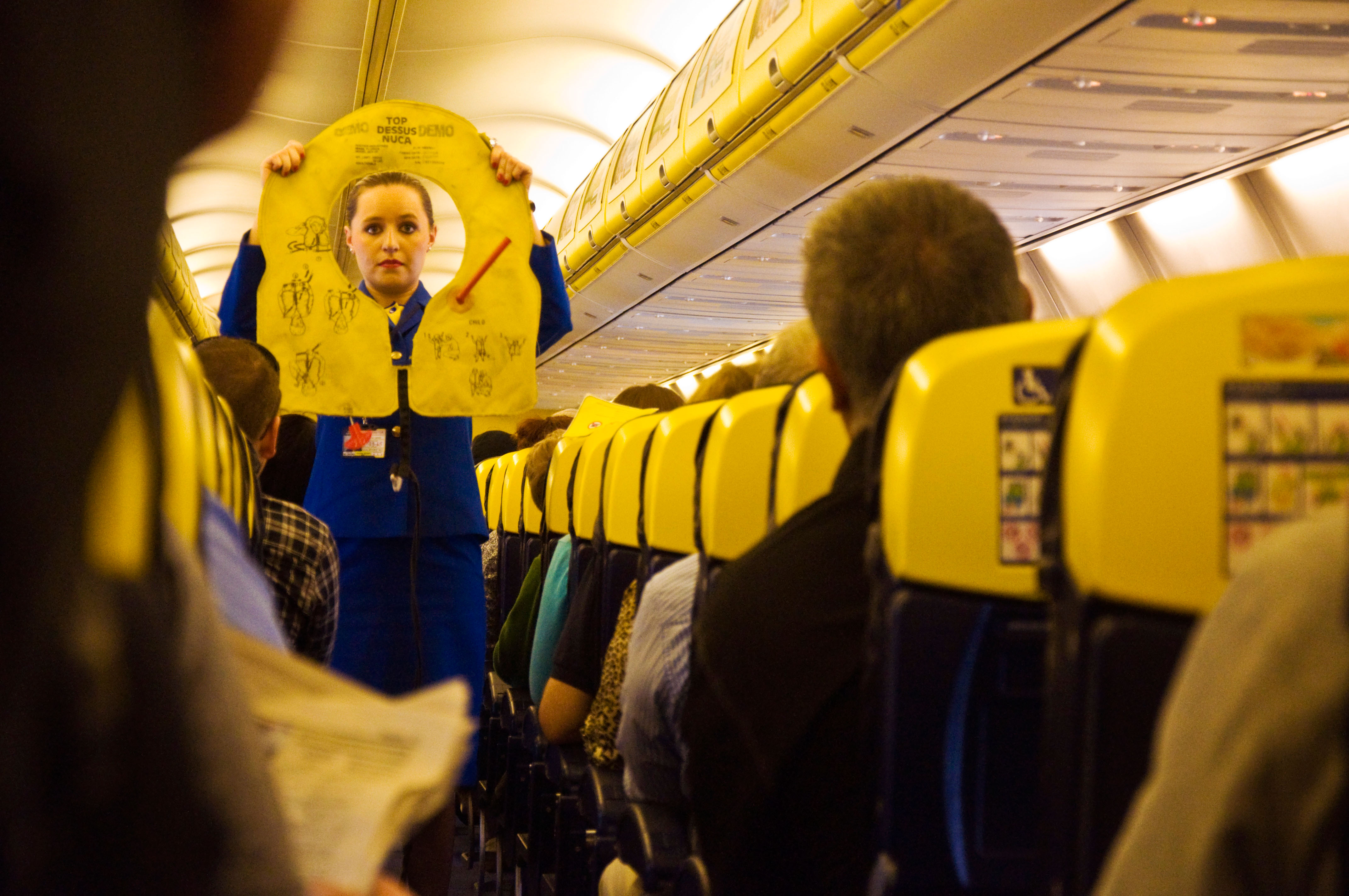 A woman asked her if she could move away from some oxygen tanks because she was allergicCredit: Alamy
Ryanair flight attendant reveals the WORST thing you can do while flying