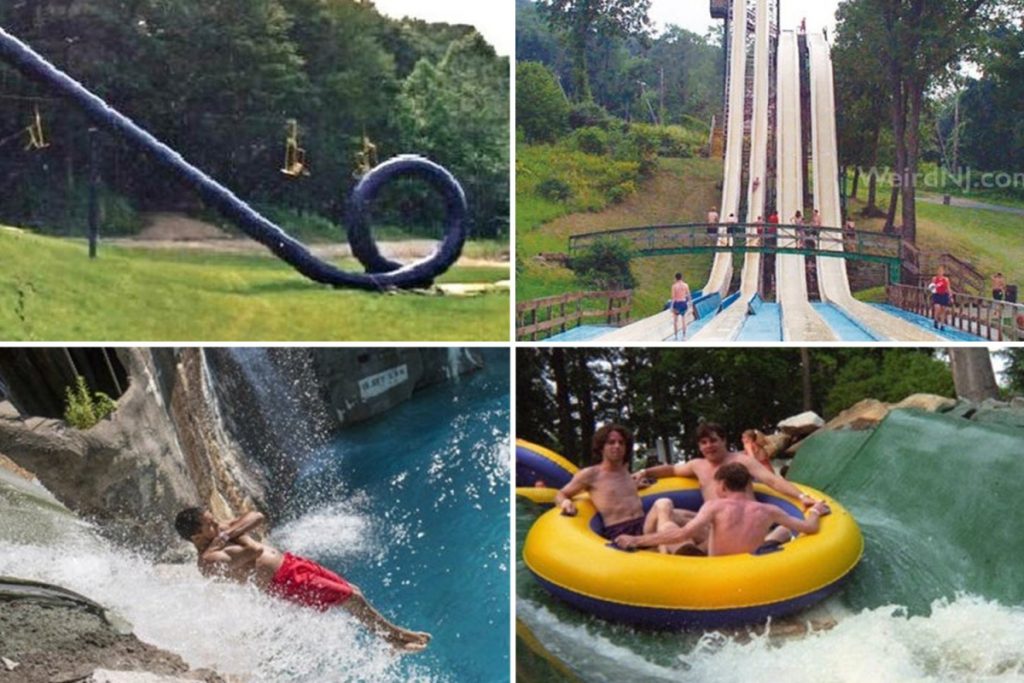 THE son of the founder of the world’s most dangerous theme park has revealed what it was like growing up there.

Andy Mulvihill spent his teens at Action Park in New Jersey which was owned by his father Gene and nicknamed “Traction Park” because of countless injuries that were inflicted there. 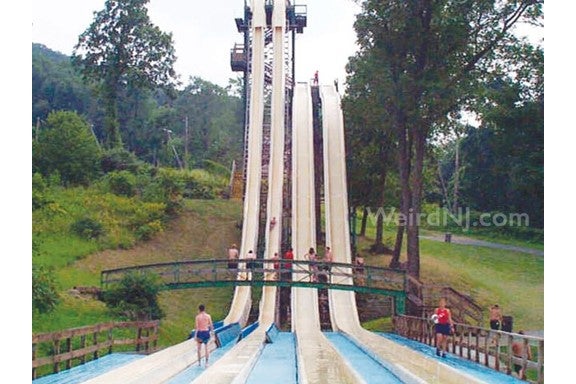 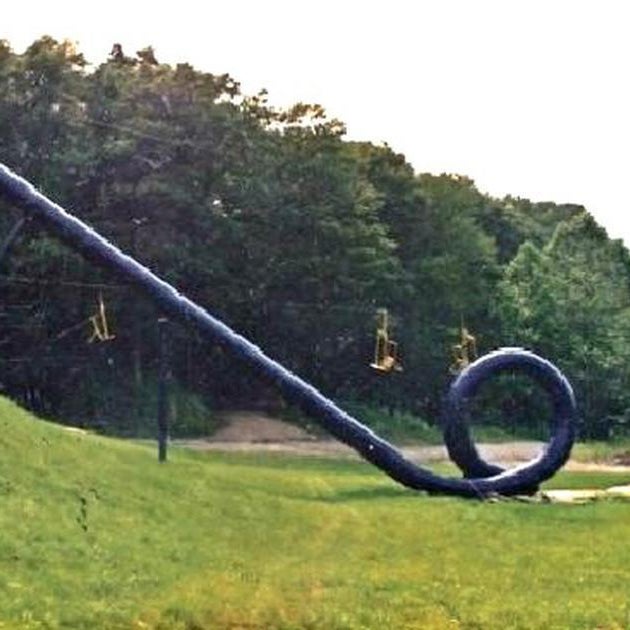 Andy was the first human to try out the Cannonball Loop – an enclosed water slide that ended with a disorienting vertical loop.

He emerged unscathed but the same couldn’t be said for the test dummy which took a spin before him and was decapitated.

Park employees who followed him lost teeth and blood, but earned $100 from Gene, who was known to slip workers cash for giving the ­unproven ride a whirl.

Andy said: “Like a pharmaceutical drug with serious side effects, the Loop’s human trials had not been encouraging.”

Gene spent years trying to get the slide safe enough for visitors. Workers tried shortening the loop and Gene even had a priest bless the ride. It finally opened in 1985 — only for state authorities to shut it down a month later.

Gene had built Action Park as part of a ski resort he owned, hoping to make a buck in the offseason.

The entrepreneur, who’d had a successful stint on Wall Street, didn’t simply want rides — he wanted adrenaline-pumping “sporting attractions” where park-goers could control and heighten the risk, at their own peril.

There was a skydiving simulator called the Aerodium, Battle Action Tanks where riders shot tennis balls at each other, and a Tarzan swing — with crowds jeering as people leapt into cold water.

“There was all of this bravado at Action Park. It wasn’t just going on the ride, it was about showing off, competing,” said Andy.

All this, and beer was served, too. Not surprisingly, scrapes, bumps and bruises were frequent. 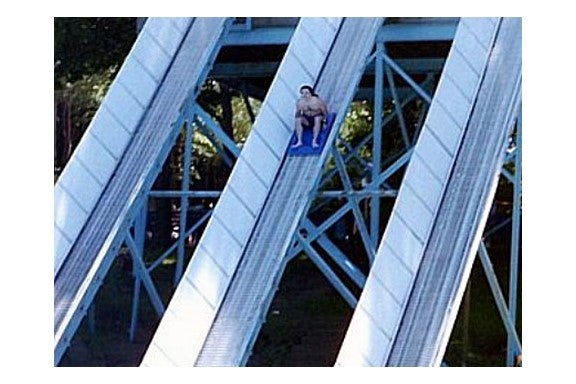 Action Park was famous for its extremely high rate of injuries, where people lost teeth and blood 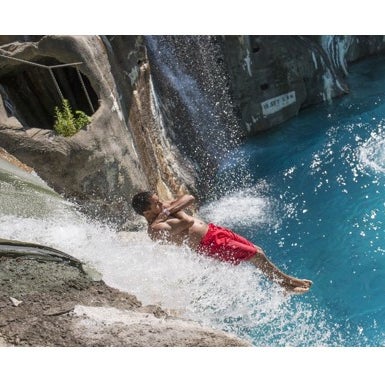 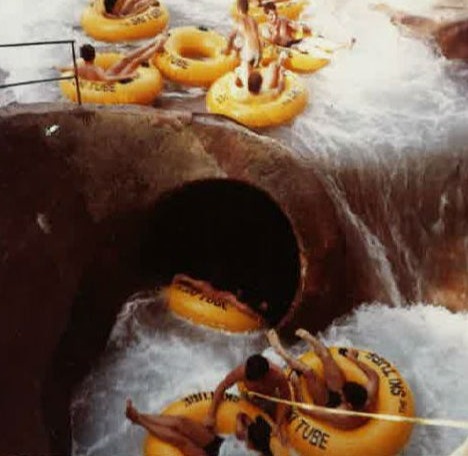 Many were attributed to the ­Alpine Slide, where sleds which were controlled by joysticks descended a 2,700-foot concrete track, often at warp speed.

Andy said: “I had my fair share of wipe-outs – you would get a bad burn. The surface of the track scraped off your flesh.”

Then there was the Bailey Ball: a giant plastic globe, covered in caster wheels, that tumbled downhill — with a human inside. It was built by Ken Bailey, who Andy said was a custodian at the park.

Gene paid an employee named Frank $100 to test it. But the summer heat melted the glue that held together the PVC-pipe interior skeleton, sending the ball — and Frank — hurtling off the track and down the mountain, while a state inspector looked on in horror.

Andy said: “The man in the ball was probably the most treacherous thing that ever happened. It rolled across a street! We can laugh at it now because Frank only sprained his arm.”

The Bailey Ball ultimately rolled into some woods, where it remained for some time.

Tragically, there were six deaths at the park, including a 19-year-old employee whose sled derailed while riding the Alpine Slide, throwing him off the tracks.

Someone else died from a heart attack after using the park’s Tarzan Swing which catapulted users into water so cold that it could induce shock.

Another man died on the Roaring Rapids after he stepped out of his kayak and stood on a live wire.

Three teenagers drowned in the ominously-named Grave Pool – an eight-foot deep tidal pool that held up to 1,000 people at a time and sported meter-high waves.

The business started to unravel after Gene pleaded guilty to insurance fraud. Faced with mounting lawsuits and debt, he closed the park in 1996. 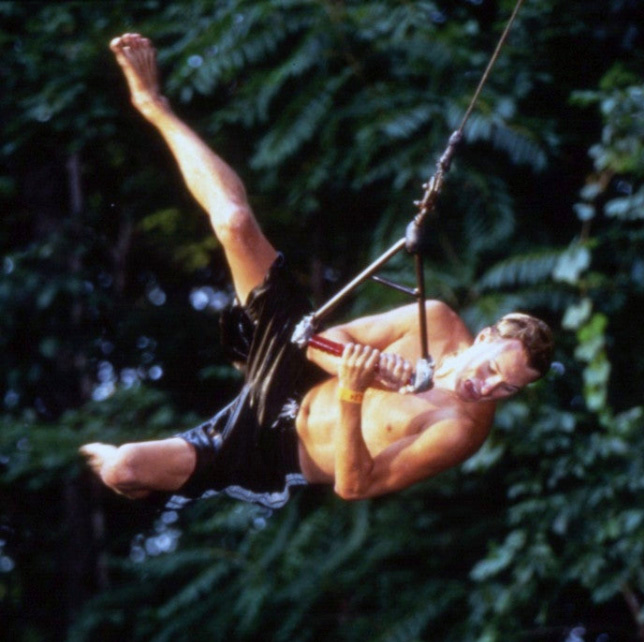 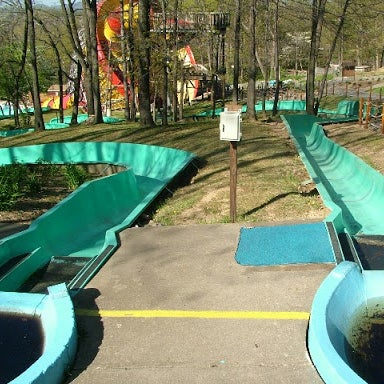 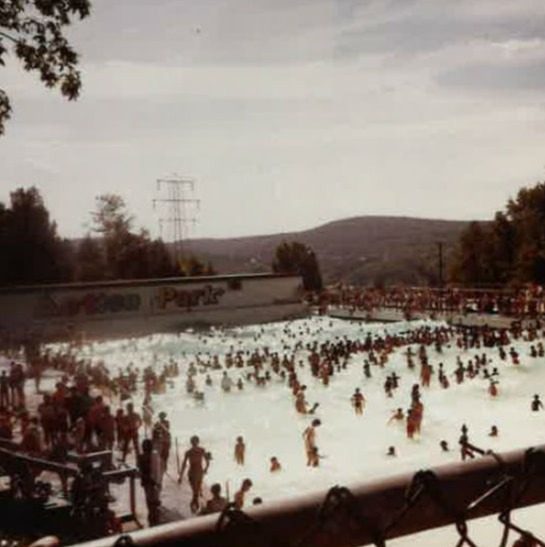 Three teenagers drowned in the ominously-named Grave Pool – an eight-foot deep tidal pool which held up to 1,000 people at a time and sported meter-high waves 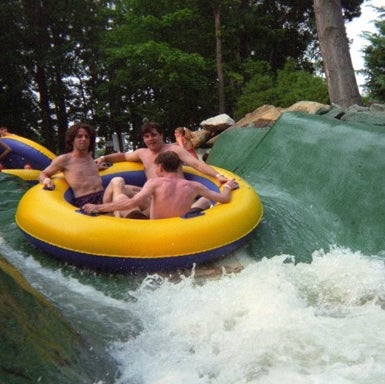