TWO luxury cruise ships were seized after their owners failed to pay bills, leaving elderly passengers in the freezing cold for hours.

The Crystal Serenity and Crystal Symphony were commandeered by officials after a fuel supplier said Crystal Cruises owes it millions and both are currently in the Bahamas after off-loading passengers. 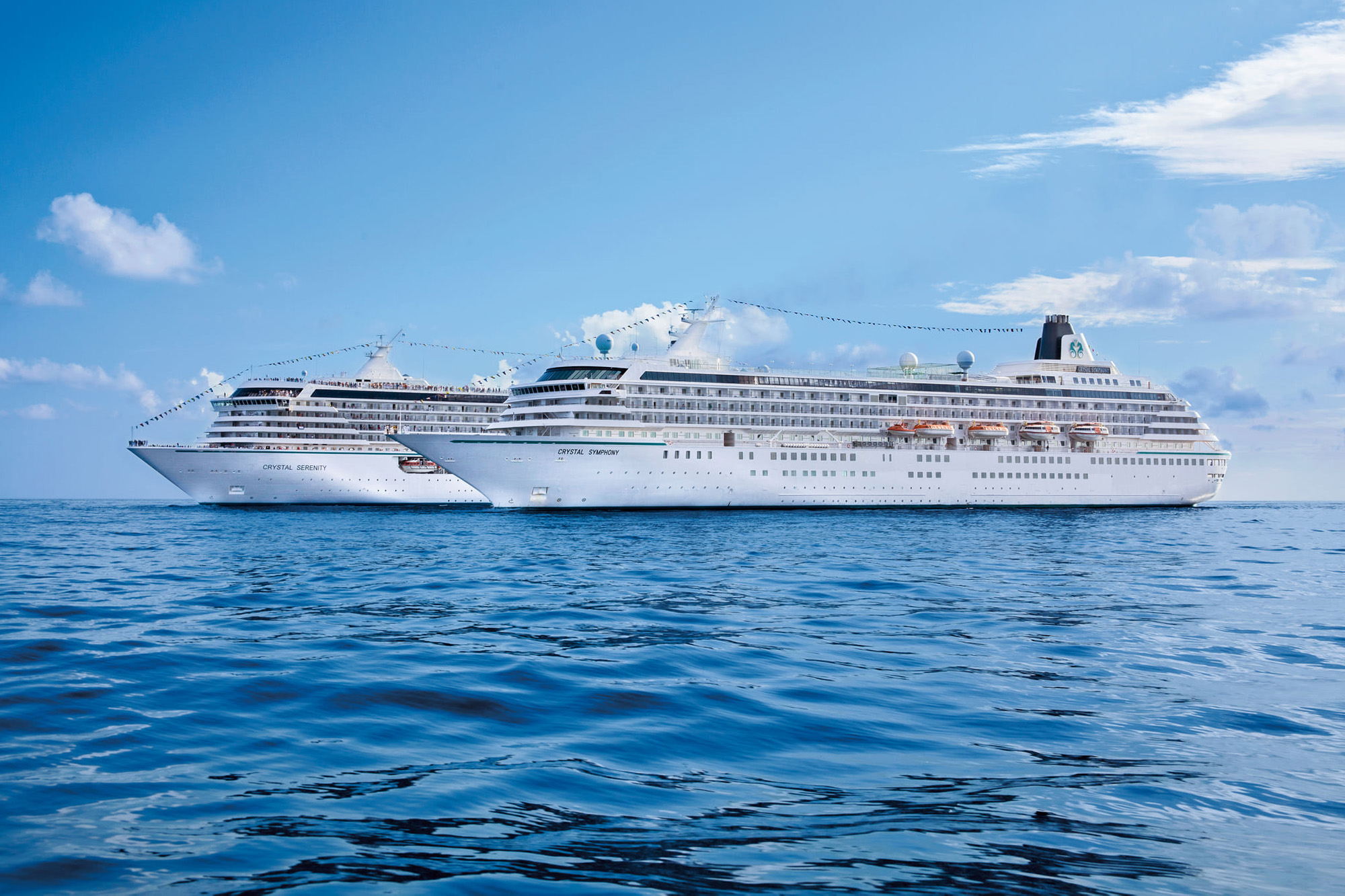 Crystal Serenity and Crystal Symphony have both been seizedCredit: instagram @crystalcruises 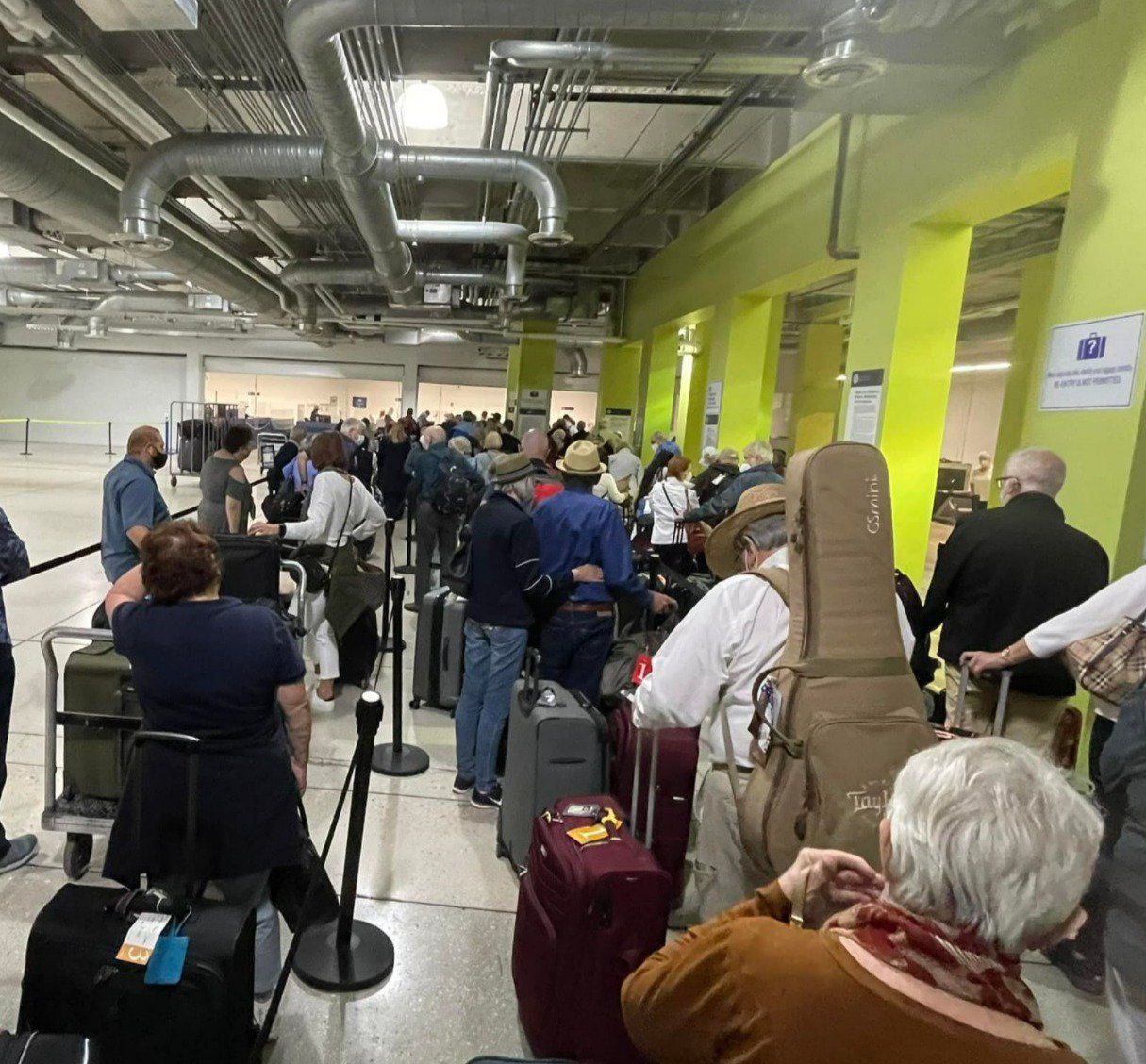 Both ships ate are currently in the Bahamas after off-loading passengers (as seen above)Credit: Facebook/Allyn Jaffrey Shulman

The Crystal Symphony was due to return to Florida from a two-week Caribbean cruise, but diverted to Bimini in the Bahamas when a judge issued an arrest warrant for the vessel.

Its sister ship also arrived there after being turned away from Aruba while on a world cruise and in both instances passengers were ferried to Fort Lauderdale.

But reports have emerged of elderly passengers being stuck in in the cold while disembarking the Crystal Serenity.

Passenger Allyn Jaffrey Shulman wrote on Facebook that after saying goodbye to the “magnificent crew” the “we walked to the ferry and we waited for 2 hours”.

“I looked outside and saw the Rabbi and his wife waiting in the cold in a line that was not moving.

“Werner and Norma were half frozen when they arrived. The ferry ride was 2 more hours.”

Photographer Daniel Dreifuss tweeted Crystal Cruises left “hundreds of travelers in the cold, in long lines, no reps no help for the older passengers including my grandparents”.

He added they “were stuck in the freezing cold for over two hours! And then another 3 hours between the ferry and bus line”.

Both vessels have stayed out of US ports after a federal district court judge in Miami entered an order against them.

The order authorizes US Marshals to board a vessel and take charge once it approaches the coast of America.

Meanwhile, passengers on the Crystal Endeavor disembarked as the ship was held in Ushuaia, Argentina, on Friday, over an unpaid bill.

“We are unable to comment on pending legal matters at this time,” said Crystal Cruises spokesman Vance Gulliksen.

“Crystal Serenity and Crystal Symphony’s voyages ended last month and there are no guests onboard.” 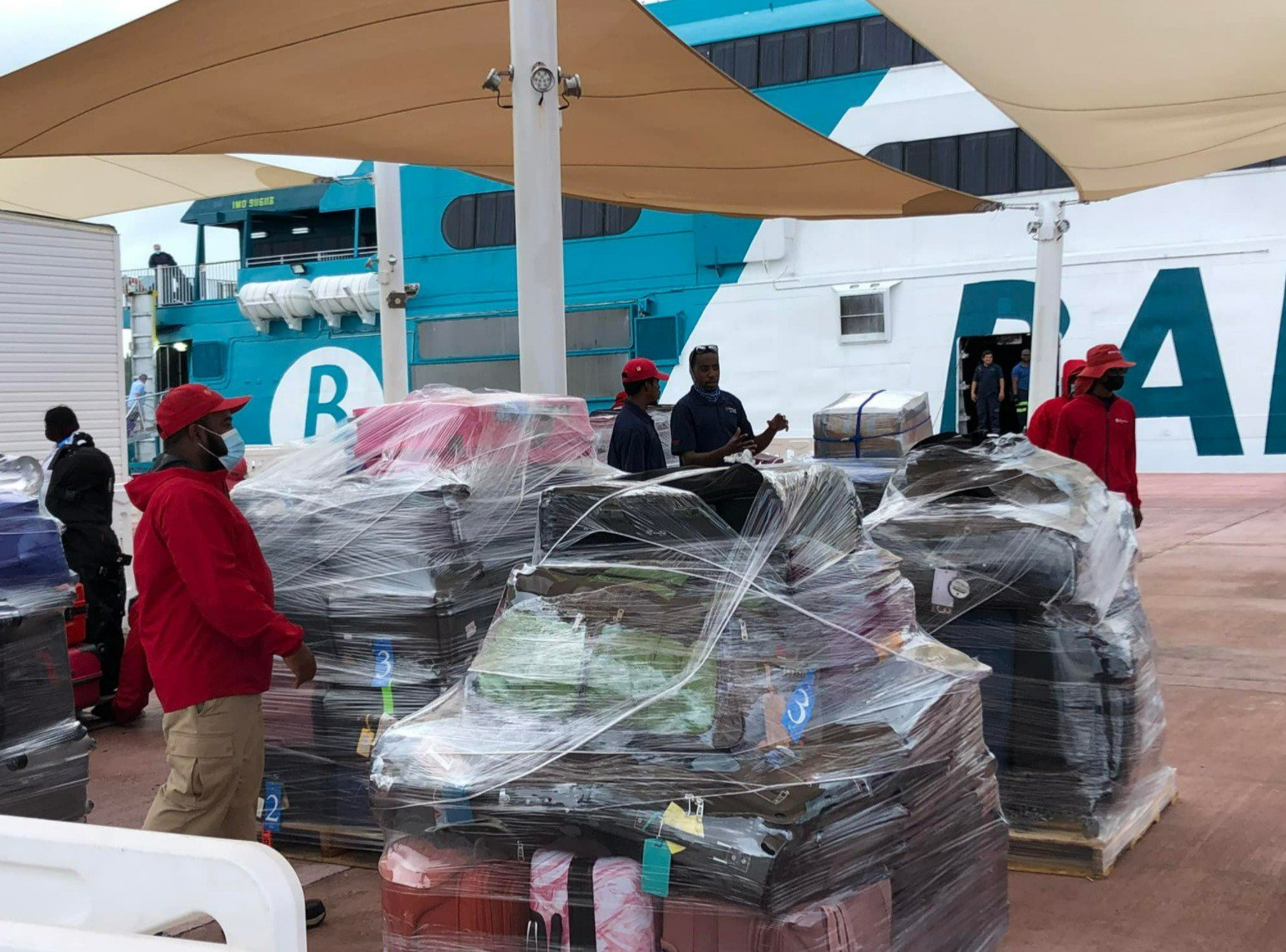 Passengers from the Crystal Serenity said they were left to wait in the freezing cold. Luggage being off-loaded from the ships is seen aboveCredit: Facebook/Lisa Jimenez