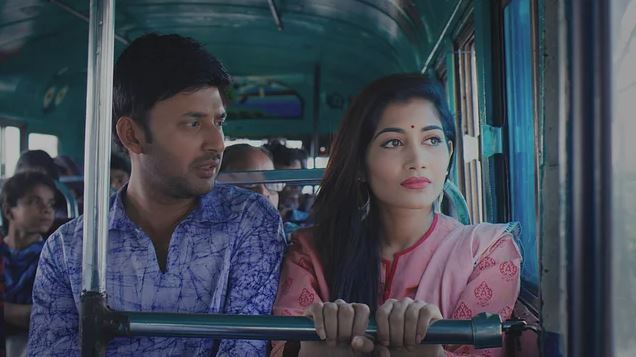 Not the love of chocolate and red roses

2018 or 18 years. Winter night. Some teachers were protesting in front of the press club. Even in this winter night, teachers have to agitate for salary increase in this country! The matter hit producer Zahid Gagan hard. He knows many more stories of realization of rights. Who does not know about the labor leader Tajul Islam. He graduated from Dhaka University and gave his life for the rights of these young workers. Such a piece of story revolved around a story that stood out. Which resulted in a picture called Prem Purana. Which can be seen in the wheel.

The name of the film is Prem Puran, the seeds of the story are woven in the story of the struggle for all rights. Where is the relationship? The producer replied, ‘I don’t like the love stories that I see in our country. As much as I have not seen the struggle of Tajul Bhai’s workers, the sacrifice of his wife Nasima Apar has moved me a lot. ‘
Various crises have come before them. Since Tajul Islam was a labor leader, his wife’s sacrifice for Tajul Islam was taken as a mythical statement of love to this creator. Not the love of so-called chocolate and red roses, Zahid Gagan wanted to draw a different statement of love on camera.
That is the story of the film. In love with the fierce idealist Tajul, Shanu left his hometown and prosperous life and moved to another city. Only the address written on a piece of paper is left behind. Many years after that address, old friend Shimul started looking for him. Shimul finds his friend?

Manoj Pramanik, Samia Athai, Arman Parvez Murad, Ashok Bepari, Pankaj Majumder and others have acted to make this story come true. How was that tour? Manoj Pramanik said, ‘The practice of love photography in our country is a love affair between a boy and a girl. They will give themselves chocolates and flowers as gifts. Ride around in a rickshaw. When it comes to love content, some of these traditional pictures come to our notice. This is not always the case. Recently it has increased. But how deep and wide love can be and how love can become political is in this picture. I see another different level of love. ‘