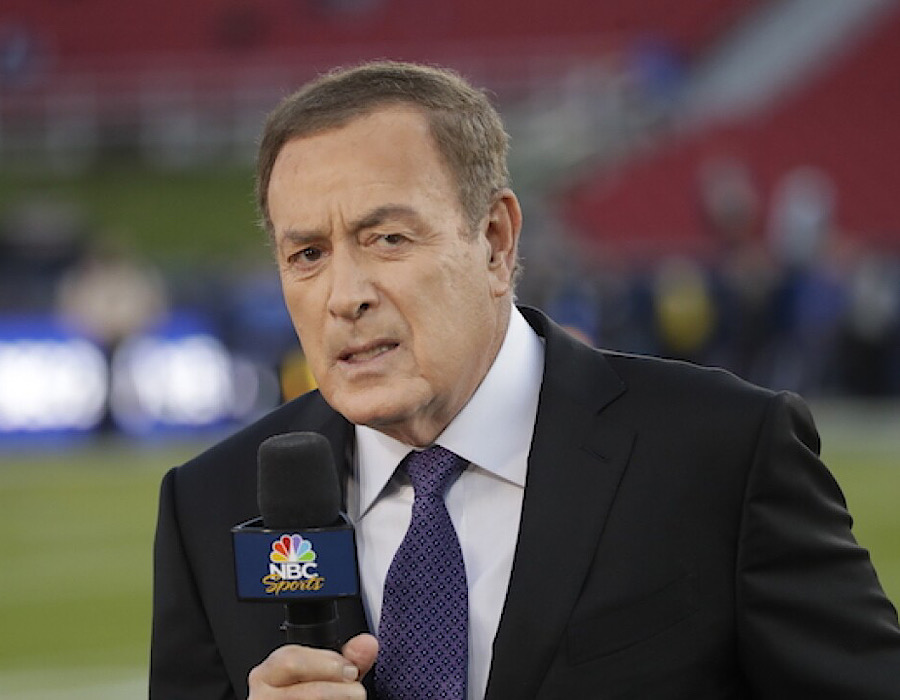 Should Al Michaels Retire After The Super Bowl?

As NBC gears up to broadcast this year’s Super Bowl, the network is about to undergo some major changes to their Sunday Night broadcast team. It appears that sideline reporter Michele Tafoya is leaving NBC after the season is over, and rumors that color commentator Cris Collinsworth is also on his way out have been out there all season. That leaves the anchor and face of primetime football, Al Michaels, who said in November he would not be back with the network when his contract expires. Yet, while there is talk of a lucrative contract awaiting the 77-year-old Hall of Fame broadcaster, as a fan who has watched Al Michaels from the days of him working on Monday Night Baseball in the 1970’s, I truly hope that he retires after capping his career with another Super Bowl.

Al Michaels has been doing primetime NFL games since 1986, first with ABC’s Monday Night Football, and then in 2006 he joined NBC when they created Sunday Night Football. Michaels, like his contemporary Brent Musburger, never shied away from the gambling element surrounding football games, often proclaiming “this game is OVER” in reference to the over/under rather than the competitiveness of the contest. The timing of Michaels’ expiring contract with NBC has left many to wonder if he will be joining the new broadcasting team being put together by Amazon, who will be taking over the NFL’s Thursday Night package next season. For me, that would be a heartbreaking site to see.

When Fox Sports jumped into broadcasting NFL games, they hired a young announcer named Joe Buck, while, albeit from a good family of broadcasters, a relative unknown on the national stage. Love him or hate him, Buck became the face of Fox Sports by doing both Major League Baseball and National Football League games, earning his way to the Hall of Fame in Canton with no signs he is slowing down anytime soon. Fox Sports needed to create an identity, and like it or not, it is Joe Buck.

Is Al Michaels, at 77, going to be the face of Amazon Sports, two words that honestly don’t fit well together? Is there no one else out there they can give a chance to? Does anyone remember when the NFL started their network and plucked Rich Eisen from ESPN?

My fear is Al Michaels would be taking a new job for money or the love of the limelight rather than something he needs to do for his career, which is already cemented in the mind of future broadcasters as one of the gold standards in the industry. For my money, Al Michaels is the best ever, period; but I don’t want to see Amazon Sports commentator next to his name at the end of his career because they are throwing an eight-figure salary at him for four years and are stuck trying to find someone to take his place in a few years, adding even more pressure on that person.

It is not easy to add something to a sports broadcaster, and trust me, I have seen many who distract fans during every sport, which is what made Michaels so great; he always had something to add. So, while I am not the official guardian of his legacy, I really hope that Al Michaels says this year’s Super Bowl will be his last game and rides off into the sunset after another outstanding game. Anything else would really feel like a person with an ego unable to stay away from the cameras and the cash. Create something new, Amazon, don’t recycle everything that everyone else is done in the past.

TooAthletic Takes aspires to be the #1 source for all sports takes, and become a leader in sports media.

Should Al Michaels Retire After The Super Bowl? | TooAthletic.com