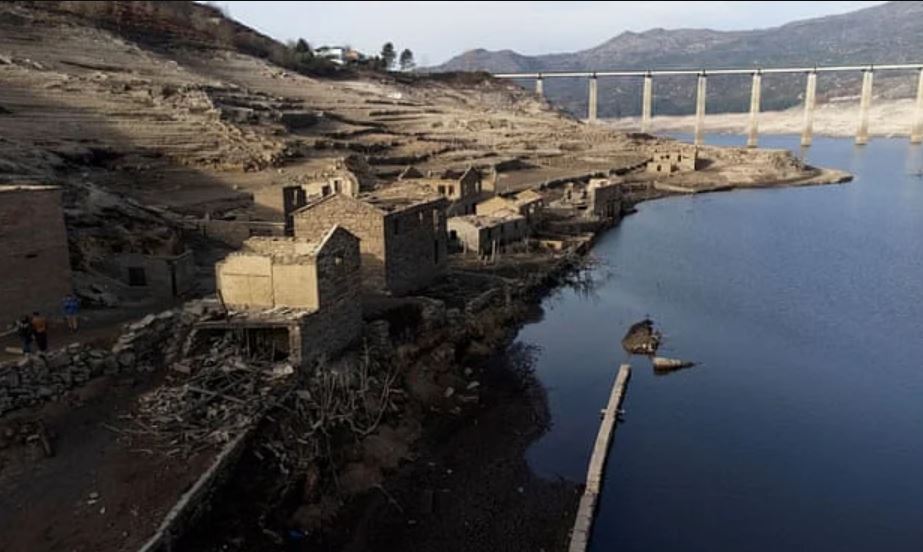 The ‘ghostly’ village woke up from under the water

And there was no shortage of noise like in 10 villages. But that was about 30 years ago. But now the picture is different. The village has become a haunted place. And people are gathering to see the ruins of that village. News agency Reuters.

It refers to the village of Aseredo in the northwestern Galicia region of Spain. The village is located near the Portuguese border. Everything was going well, the situation changed in 1992. That year a reservoir called Alto Lindoso was built in the area. Due to this the whole village was submerged in water. From then on it was hidden from view.

How did El Assaredo come to the fore again after three long decades? The answer is, drought. The region is prone to severe drought due to drought. Reservoir water has come down to 15 percent. As a result, the submerged village has woken up again.

However, the village of Asaredo no longer has its former form. The roofs of the houses have collapsed due to being under water for a long time. The condition of the walls and doors and windows of the house is also bad. There are fountains, but they are rusty.

Some houses in the village have rows of empty beer bottles. It remains to be seen, once upon a time there was a bar. There is also an old rusty car lying abandoned. It’s like a scene from a Hollywood spooky movie.

Maximino Perez Romeo, 65, visited the village. “I feel like I’m watching a movie,” he said. I feel very bad. I am afraid of what will happen in the coming years due to drought and climate change.
The village of Asaredo is located inside the larger city of Lobios in Spain. Lobios Council Mayor Maria del Carmen Yanez said the last few months had been marked by a lack of rain. The situation was most critical, especially in January.

The mayor also blamed EDP, the largest power producer in neighboring Portugal, for drying up the reservoir. Earlier this month, the Portuguese government ordered five reservoirs, including the Alto Lindoso, to use water for power generation and agriculture. This is because other sources of water are also in crisis due to the drought. This further reduces the water in the reservoirs.

Spain’s environment ministry says the country’s reservoirs contain 44 percent water. A decade ago, they had about 61 percent water. However, the ongoing drought situation is expected to worsen. As a result, the water in the reservoirs may decrease further.

Meanwhile, Jose Alvarez, a former construction worker in Lobios, recalls his day at Asredo, saying: “This scene is terrible, but this is life. Some die and some live.