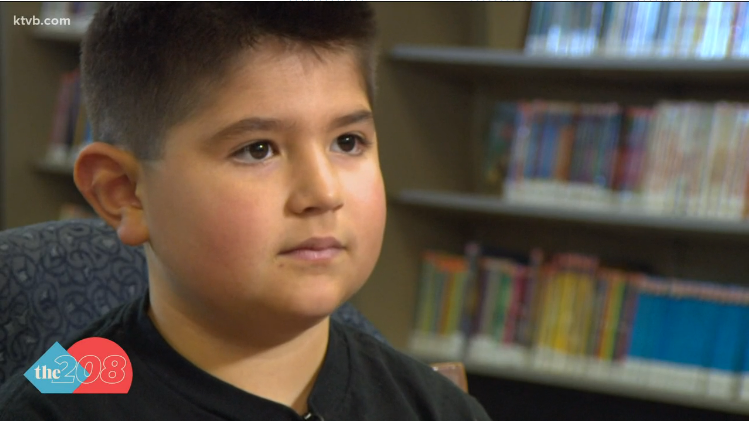 Meet Dillon Helbig. Dillon is a second grader in Boise Idaho who wrote a Christmas book “The Adventures of Dillon Helbig’s Crismas.” The 81 page book was written and illustrated by “Dillon His Self.”

After he was his book was done, as he says, he got sneaky. I call it pretty darn clever.

On a trip to the Ada Community Library’s Lake Hazel Branch with his grandmother, Dillon smuggled the book in past his grandmother and the librarians and quietly slipped it on a shelf. When he returned a few days later, the book was gone!

It turns out that it had eventually been found by the librarians. After careful scrutiny and hours of happy reading, including the branch manager’s six year old son, it was found to meet the library’s standards to be added to their collection. Dillon’s parents joyfully agreed to allow the library to put a bar code on it and make it part of the official library’s collection.

The best part is that the book has become so popular that it has a wait list that is years long.

I dare say that the course of events over the last couple of months is by far a much greater Crismas adventure than even the one in Dillon’s book and one that he’s not likely to forget for the rest of his life.